"And the Oscar Goes to"

By Pamela February 28, 2011
So much excitement and anticipation in those five words! I LOVE it!! We paid tribute to our favorite hobby tonight and I thought I would provide you with pictures! To honor the 10 Best Picture Nominations: 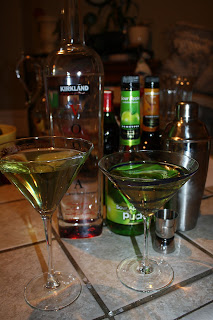 1. Appletini's from The Social Network.
We started the afternoon watching the Before the Red Carpet on E! and then the Red Carpet Coverage on E! and then switched over to the Red Carpet on ABC. I love all the pretty gowns. My favorites: Anne Hathaway, Hailee Steinfeld, Reese Witherspoon, Hillary Swank, and Sandra Bullock.  Some of my least favorites: Annette Benning, Cate Blanchet, Christian Bales (let's all hope that beard is for an upcoming role!), Marisa Tomei, and I hate to even think it but Nicole Kidman (I really did not like the dress). 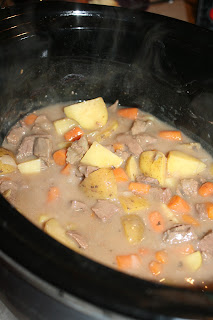 2.  Venison Stew from The Winter's Bone.
I grew up eating venison but I have not had it in years. I would really like to thank my friends, the Honeysuckles because they are the ones that provided us with the deer meat for this main dish.  It was very yummy! 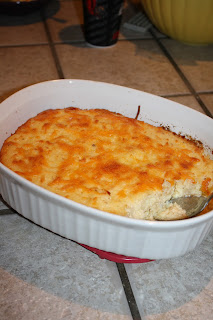 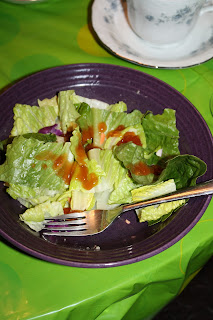 4. Salad from The Kids Are All Right.
Seems so simple. Yet the entire time I was watching the movie I wanted to eat the veggies they were showing in the movie. 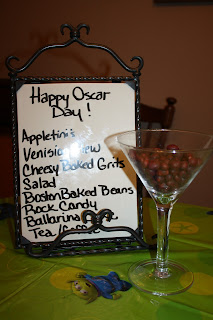 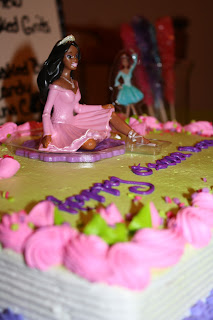 6. Cake from The Black Swan
Remember the pretty ballerina cake that got thrown away in the movie? Well, there shall be NO cake throwing away in this house! The Short Chic thought the cake was a birthday cake for her, she ran around all day singing "Happy Birthday To Me". 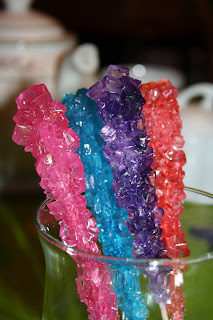 7. Rock Candy from 127 Hours.
Such pretty candy for a movie that made my bones hurt. 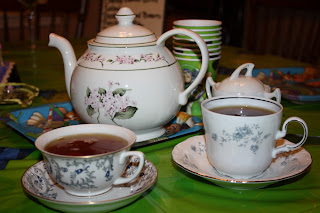 8 and 9. Tea from The King's Speech and Inception.
They sure drank a lot of tea in The King's Speech. And can I tell you how happy I am that it won best picture!!! The Academy really does LOVE movies about the Royal Family. But the tea also covered the small scene in the outside cafe in Inception. (by the way, I did re-watch Inception today and still am not sure if I am smart enough to understand it. Don't worry, I felt that way about the whole Matrix series as well.) 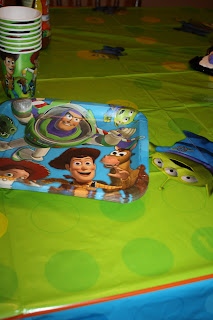 and FINALLY, 10. Cool paper products from Toy Story 3.
I honestly had no clue what food to pull from this one. So I opted for a tablecloth, plates, and cups. It added some humor to our night!

Overall impression of the 2011 Oscars....Normally the Best Picture Movie walks away with a lot of other awards, acting and technical. But this year, I felt the winners were all over the place. I think the Academy had a hard time between The Social Network and the King's Speech. I also think when Host James Franco said that picking the shorts was hard, he was absolutely CORRECT. I correctly guessed 16/24. Tracy correctly guessed 18/24.  We ended this movie season, happy. We had good food, good drinks, and good friendship.

The Oscars
Labels: The Oscars