Our Twelve Days of Christmas

By Pamela December 30, 2013
I share custody of my oldest son with his father. When he was little I dreaded him being gone over Christmas. Don't get me wrong. I believe a child have a right to both parents but it still broke my heart. I don't dread it any longer but I also don't look forward to it either. However, I have been divorced for a very long time and we do have this shared custody over the holiday's thing down to a science.

This was my year to have The Boy in the days leading up to Christmas. When he has to leave our house on Christmas Eve we try to celebrate with our family and friends prior to his departure. So, here our Day 2 and Day 3 of our Christmas. 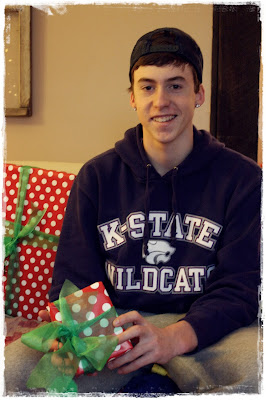 The weekend prior to Christmas Day, our forecast included snow. And ice. Fortunately, those who could safely travel to our home did and those who could not were thought of and missed. 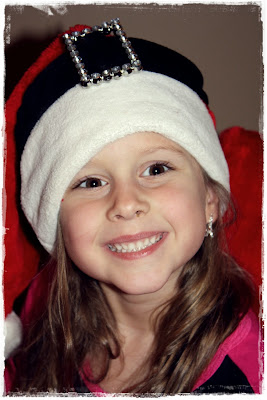 My Mother-in-law (MIL) brought over Santa hats for everyone at the party. They were a huge hit! 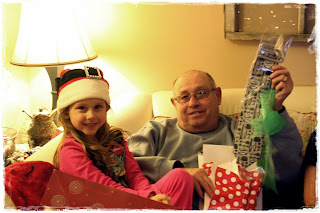 The Short Chic and her Papa exchanging gifts. 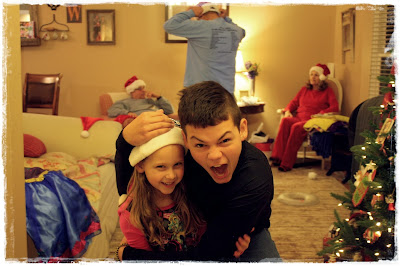 These two are cousins; having a little fun at the party. 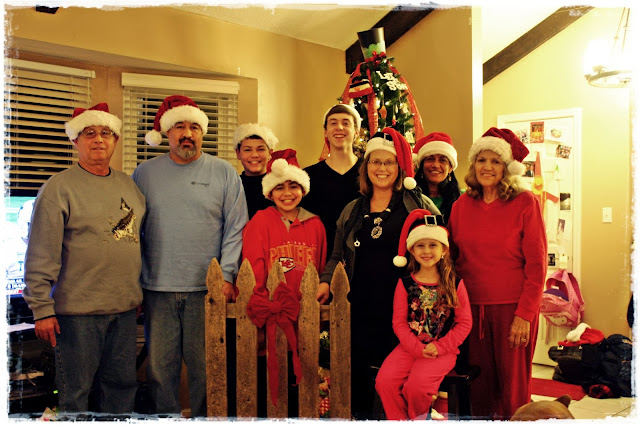 Here is our family. Or at least those that could join us for our Christmas celebration. Oh yeah, and that fence, that is my new Christmas gift!

That night as we gathered and celebrated, ice formed and snow fell. When we woke the next morning we had several inches of snow and a long drive to make to our second celebration.

It took longer than normal but we made it my Mother's home. Unfortunately, my little brother was sick and his girlfriend was unable to get her three children there in the snow. 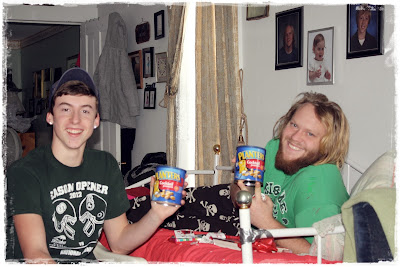 The Boy, The Husband, and my brother all received peanuts from my Great Aunt for Christmas.

My brother participated in No Shave November and then decided to participate in Don't Do It December. I think he looks a bit like Grizzly Adams! 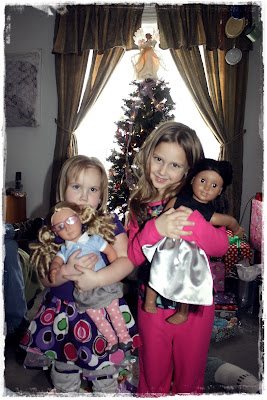 We got my niece her first 16 inch doll for Christmas. It is not an American Girl but I certainly think it is wise to start off with a cheaper brand.  Now she and The Short Chic can play dolls together. 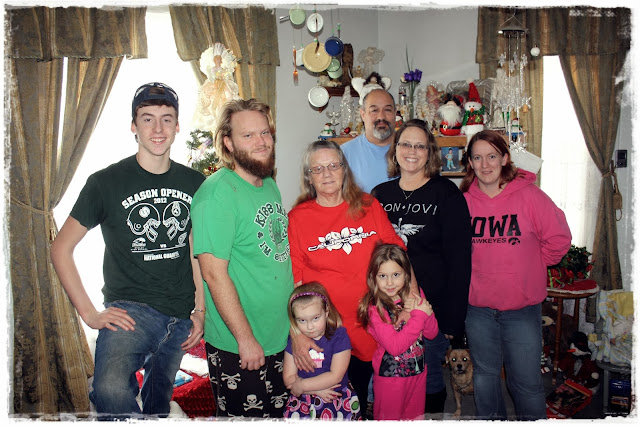 Here is my family minus those that could not be with us. My poor brother might have given his yuck to The Boy because he came down sick the day after this celebration! 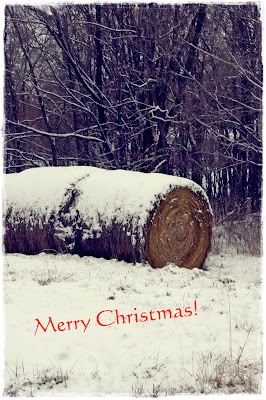