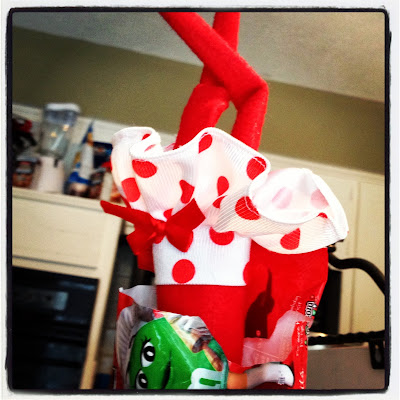 Day 15: Isabella was found stuck head down inside a bag of M&M's.  I guess even Elves get chocolate cravings! 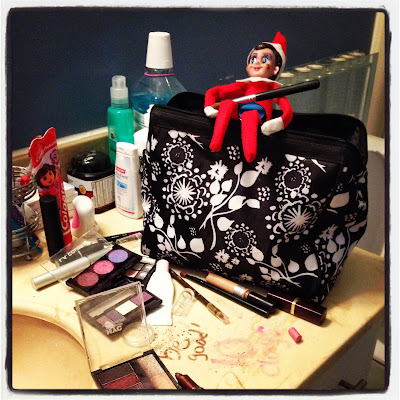 Day 16: Isabella got into my makeup. From the looks of it, she had a great time playing and trying out some new looks. 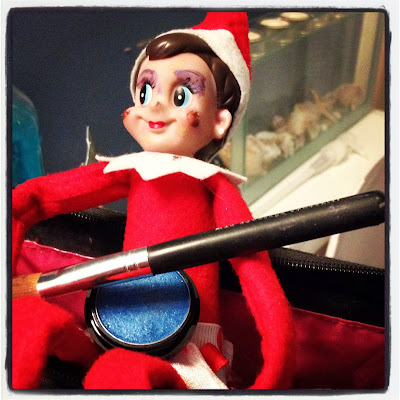 Day 16 was also a Sunday.The Short Chic had a friend spend the night. They both loved seeing Isabella all made up. This is also the Sunday I fell down the front stairs and broke my tailbone.   Which is important for Day 17! 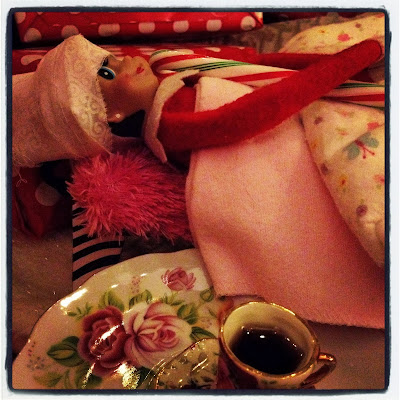 Day 17 started off with us oversleeping. The Short Chic and I woke up 15 minutes before the bus arrived.  {I am blaming the pain medication for the broken tailbone.} As I am rushing around to get get The Short Chic ready for school, she comes downstairs with big crocodile tears in her eyes. She said to me, "Mom, I found Isabella." I asked her she found her and The Short Chic informs me that she found Isabella in the exact same spot as yesterday.

We quickly determined that Isabella had some how lost her Christmas Magic.  During the day while I was sleeping off the pain, Santa sent some elves to care for Isabella. Santa wrote us a letter and informed the children it I was the one who accidentally touched Isabella and caused her to lose her magic. Since it was an accident, Santa  decided to heal Isabella. In order to give Isabella her magic back the kids had to: 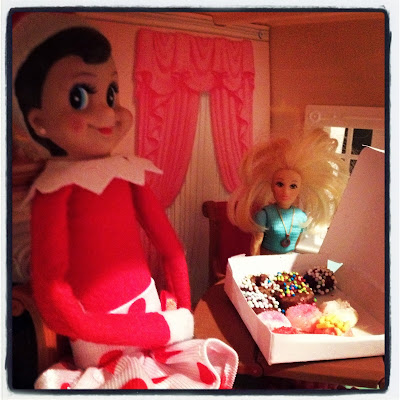 Day 18: Luckily for us, Isabella's Christmas Magic was restored and she was right back to her normal self the very next day! We found her sitting in the dollhouse sharing donuts with a few of the dolls. {Thanks for my MIL for making the mini donuts!} 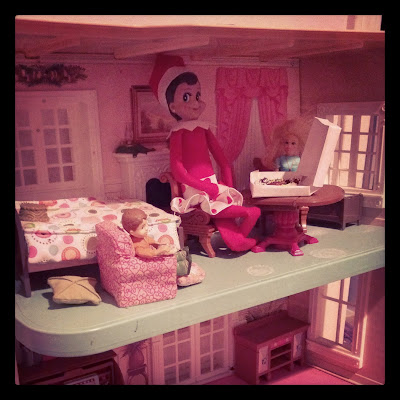 The Short Chic remembers Isabella bringing donuts last year  and she was excited to see them again! She knows that Isabella's donuts are made out of cheerio's and she enjoyed eating the rest of the donuts! 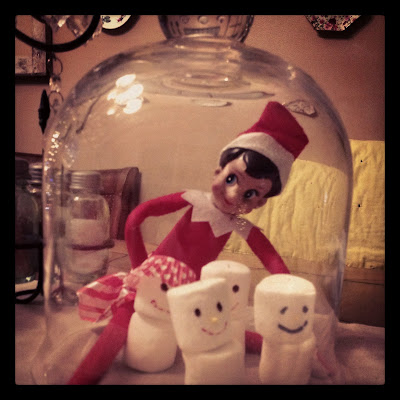 Day 19: The next day, Isabella was on our kitchen table and had made snowmen out of marshmallows. 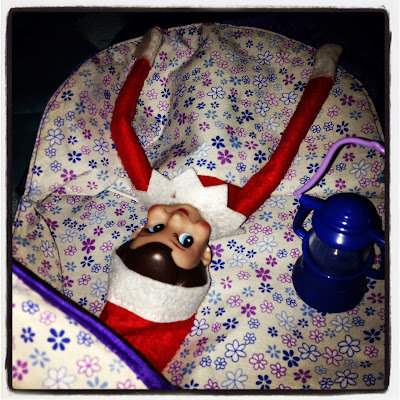 Day 20: Isabella went camping in The Short Chic's American Girl camping tent.  Of course our scout elf likes camping at much as we do! 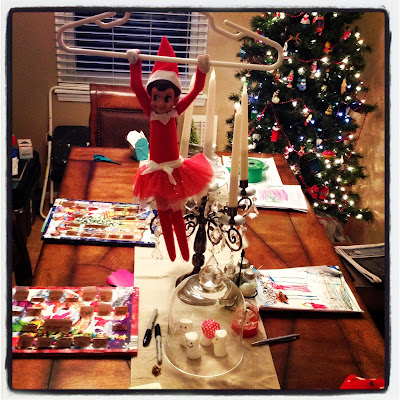 Day 21: Isabella spent the day zip-lining between our dining room and living room. I guess she is not afraid of heights!