A Much Needed Reprieve

By Pamela April 26, 2015
The weekend is winding down. There are only a few more hours left in this day meaning a new week will start momentarily. Time is running out. We are only two weekends away from The Boy's high school graduation.

Graduation preparations have taken over our lives. My living room has become one giant party planning craft room. I have project after project in multiple stages of completion. My technology skills have been put to the test as I try to create a graduation video. I find myself exhausted but sleepless as I run through to-do list and budgets nonstop in my head!


With all of that said, the past two weekends have brought a small reprieve. They have been prom weekends.  I found myself immersed in tuxedo's, gowns, flowers, photographs, and dancing if only for a few moments! One last high school tradition before graduation.

This years prom festivities were so different from last. Last year he attended two proms. One he went with a group of friends and the other a blind date. One of my wishes was that he would find someone special to share a prom moment with.  A few months ago The Boy met a girl.  I would love to share more on the two of them but I have to keep reminding myself that some stories are not mine to share.  But, I will say this: The girl has since rocked his world! It is a nice feeling when you see your child learn to share his world with another person. Well, someone other than his sister or his brother. 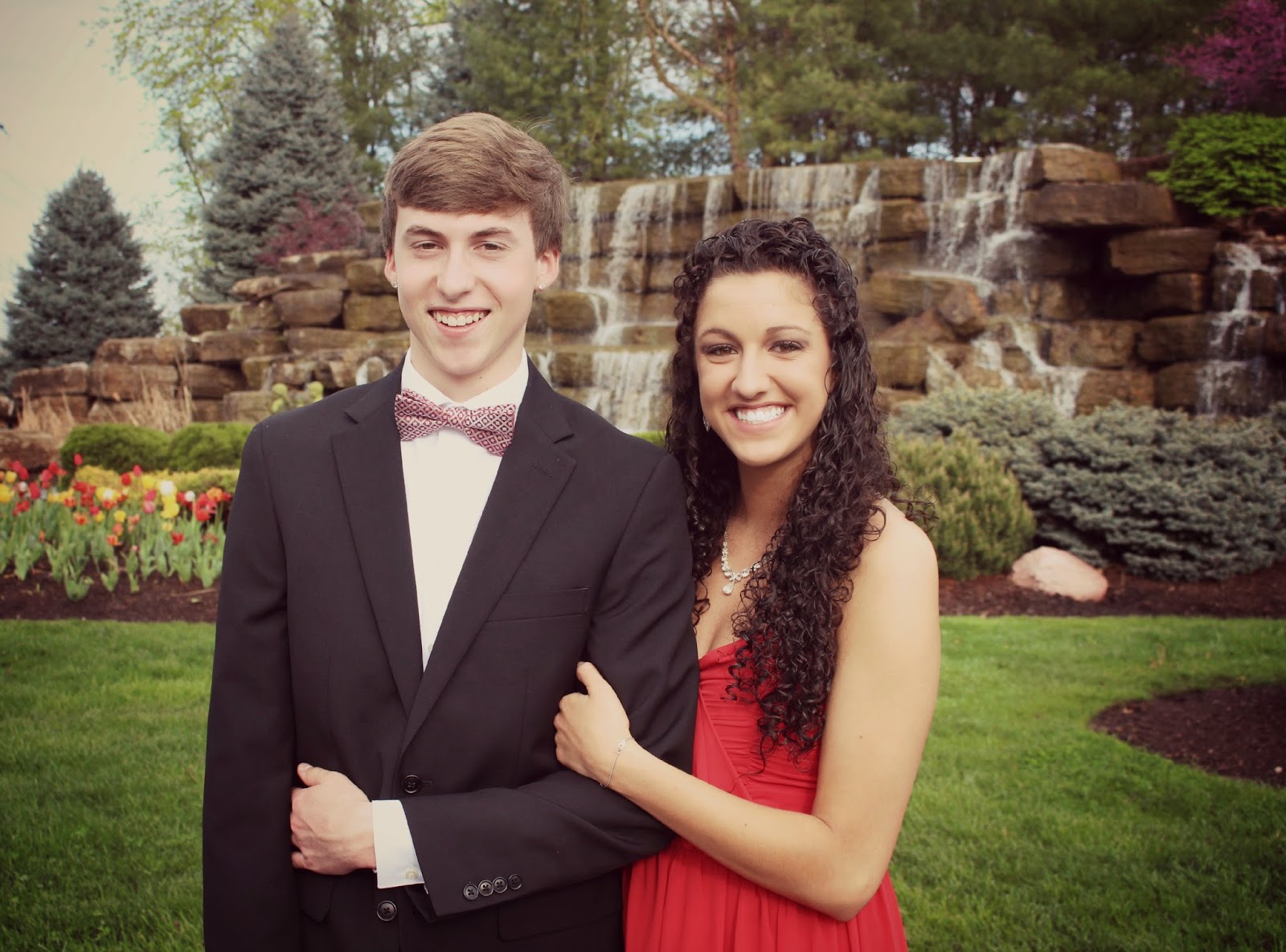 Since they do not attend the same school, he got to experience two proms again this year. One date for each of them. Two nights of dancing. Two nights for making memories.

The first prom was hers. She attends a small private school and the dance is student organized and ran. Ironically we found ourselves right back at the place we visited last year for prom photos.  I would imagine this waterfall has seen many prom goers!  There was a small, well dress group that went to dinner and the dance together. Although it was small, The Boy reported that he had a great time and it was actually fun. 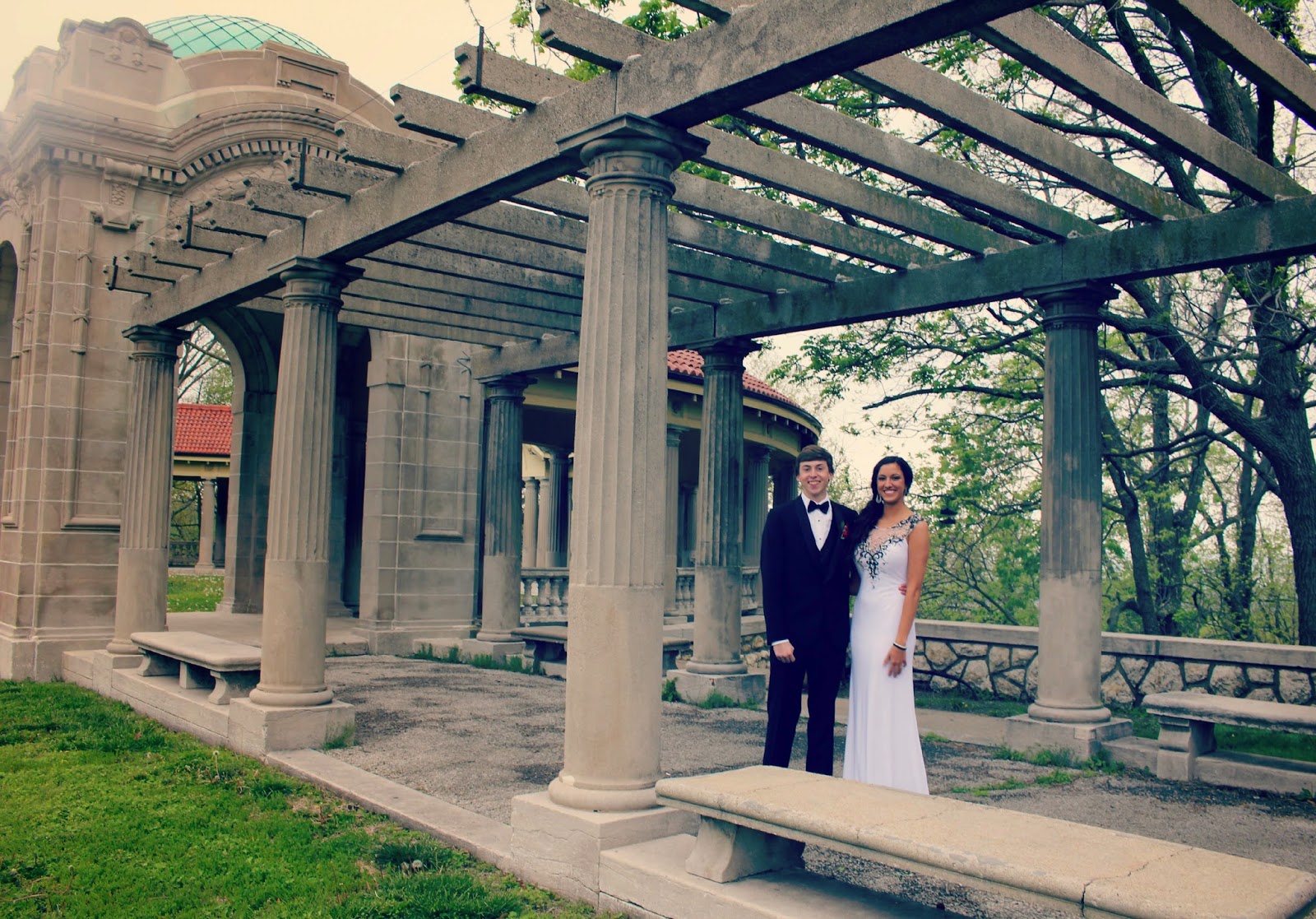 Our second prom was for his school. There was no large group to organize. It was just The Boy and his girl.  Last summer I completed a Kansas City Fountains Tour and I visited parts of the city I had never been in. One of the places I stumbled upon was called The Colonnade in Northeast Kansas City. The Boy requested we take prom photos there. Knowing it was a beautiful location I thought it was perfect. Mostly because I doubted any other prom goers would be there. It is a quiet location, forgotten by the masses and it worked perfectly for us.

Little did we know when we selected The Colonnade that his girlfriend's mom grew up in this part of the city. She told us a lovely family story about her grandparents eloping and the only photo they had was taken in front of The Colonnade.  the old fountain in her Grandma and Grandpa's photo has been removed but the structure is still there. And looks amazing.

I am such a sap for meaningful moments and places. I certainty do not know this couples future but it does feel as if the stars aligned themselves to share this moment. 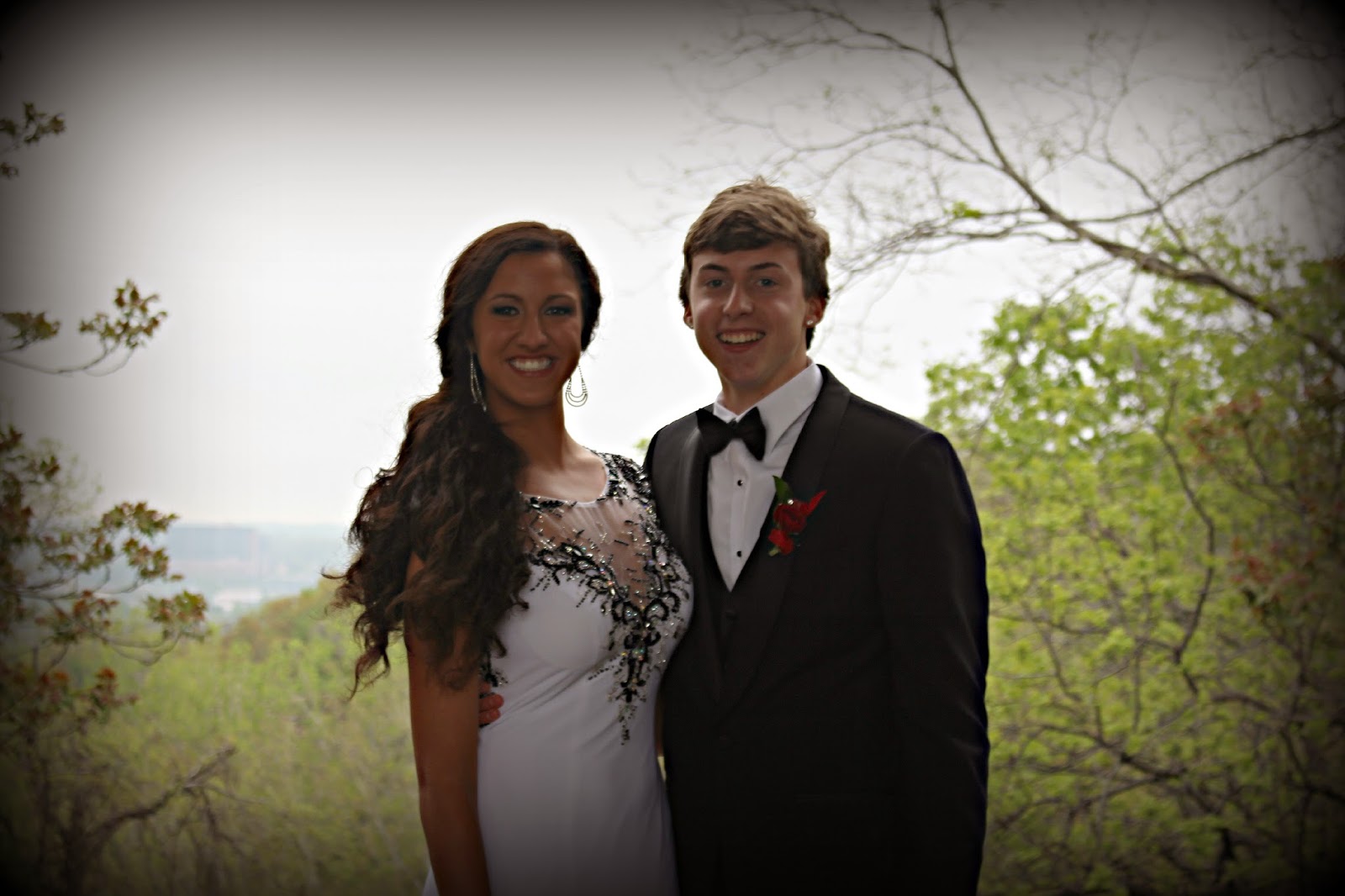 We experienced rain all day. Luckily that dried up but what lingered was really unseasonable cold weather.  I am not going to lie to you all, it was downright cold! As I sat at home looking at prom photos that other proud parents posted on social media I saw many girls with goosebumps on their arms as they fought through the cold for the sake of a perfect prom photo. 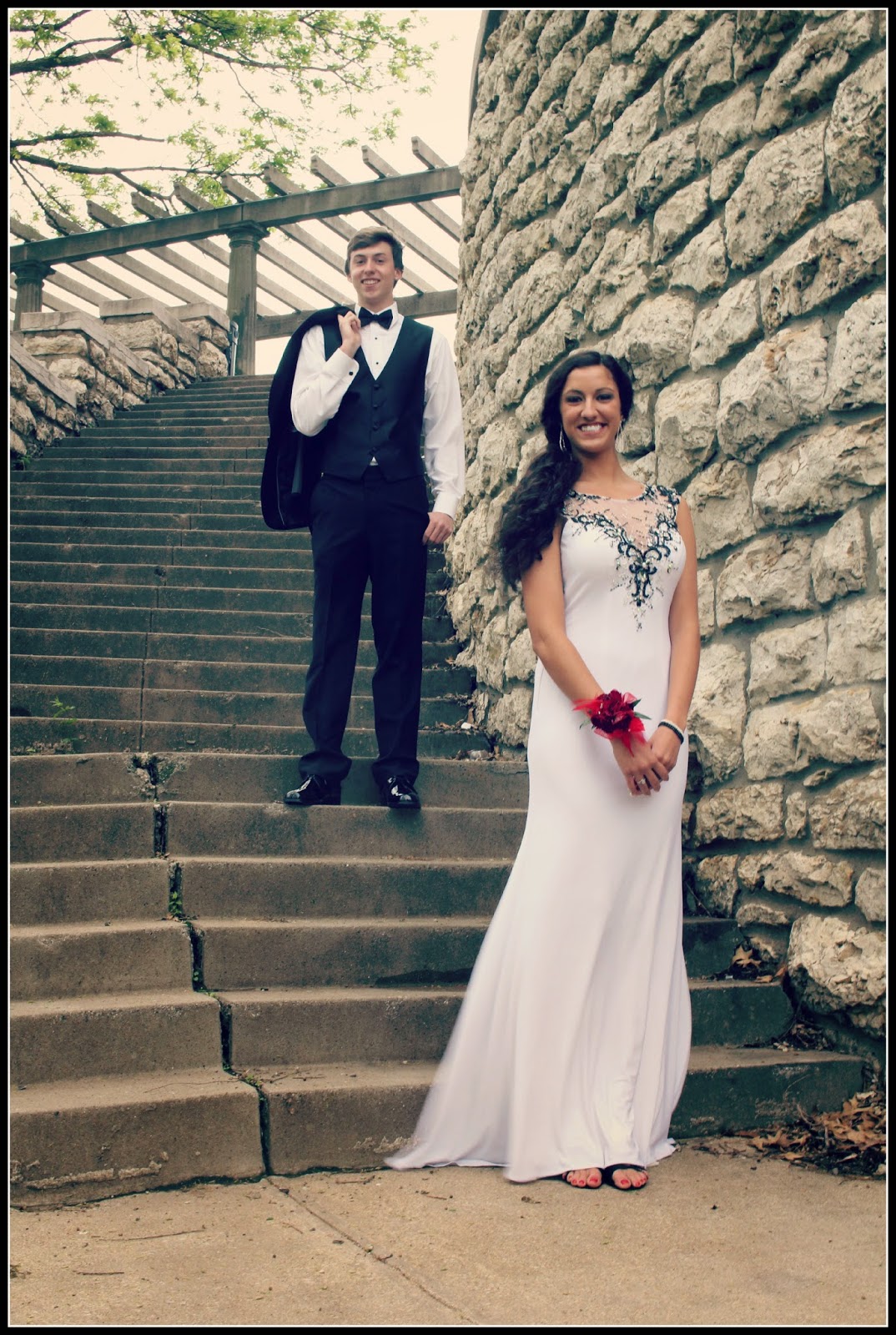 Getting a boy and a girl ready for prom could not be the further apart on the spectrum. The girlfriend spent most of the afternoon getting her hair done (I believe three hours was the exact time commitment). Then there are the nails. And the makeup.

The Boy on the other hand,  spent the entire afternoon at the Kansas State University Spring Fling out at Sporting KC Park. His Wildcats played in a spring exhibition game that his family got tickets for. Instead of working on his hair, he was most excited to meet and wish Tyler Lockett best wishes in the 2015 NFL Draft this week.

He got home thirty minutes before we were schedule to arrive at his dates home. Thirty minutes to get ready.  Sorry to all the mom's of girls out there ! I promise my time is coming. The Short Chic is already planning for her future prom. 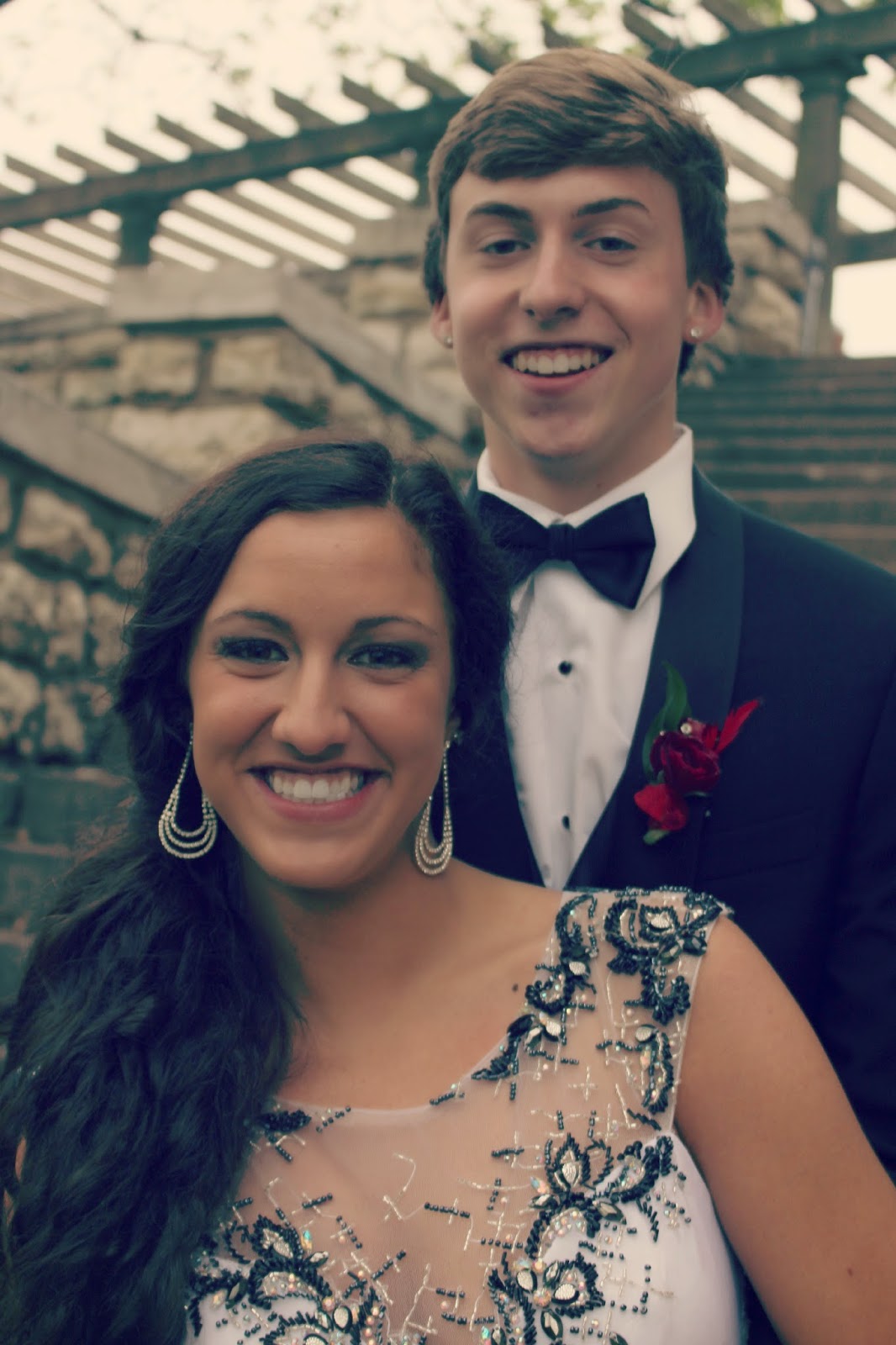 We were fortunate enough to surround these two with loved ones before prom. Their entire families came to wish them well. Even Aunt Tracy and Darren were able to swing by and see the couple before they departed for the evening. 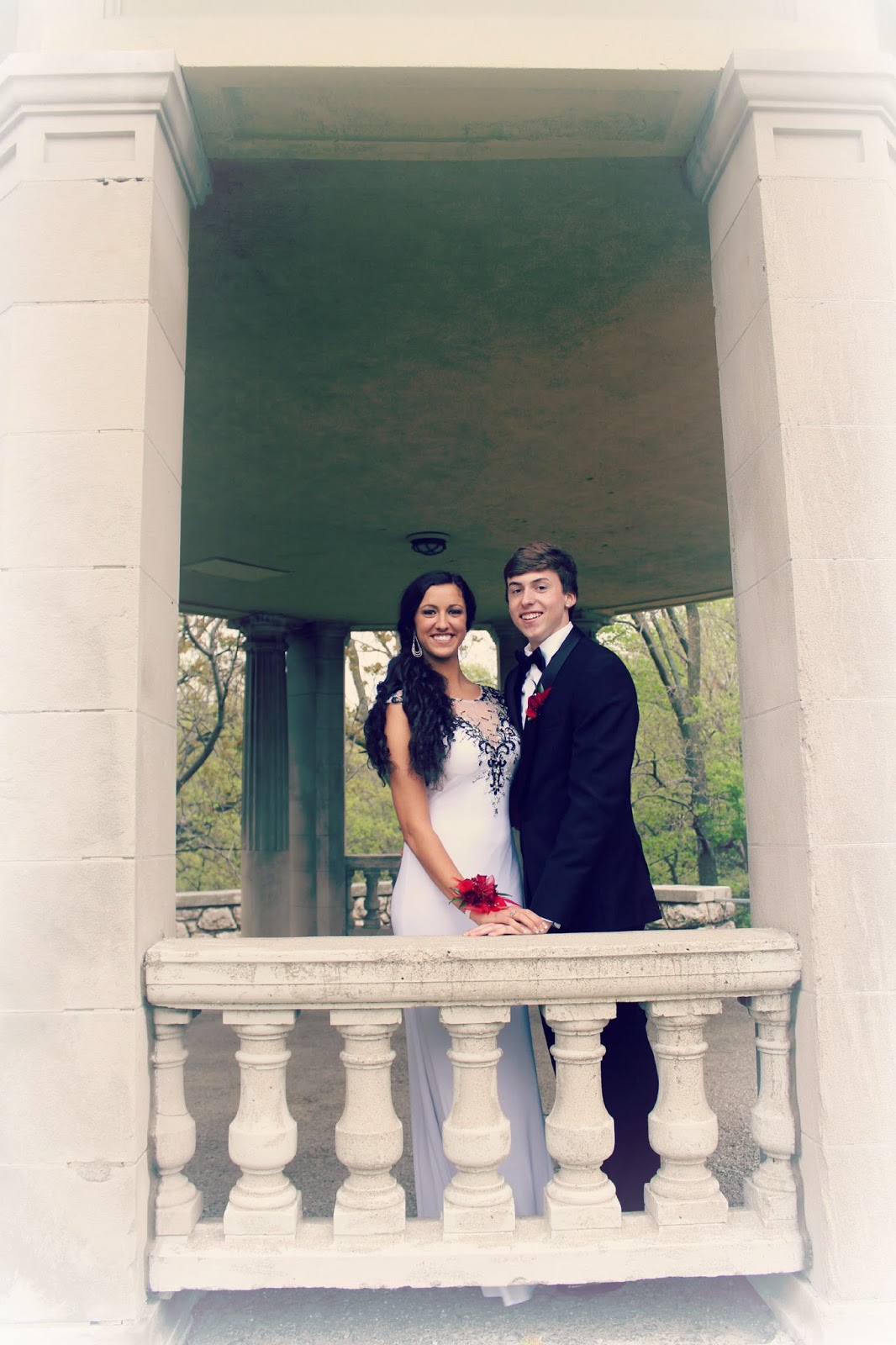 The kids were driven to dinner and to the prom by a local service. Their driver actually asked them if they had just gotten married! He was not the only person, someone else drove past The Colonnade and honked their horn at them. They were home from prom by 11:15. I think they had a good time. But I feel like they had a better time at the first prom.

The focus on public school prom in our area is on the photos and the party bus. So many people stay at prom for less than a half an hour. 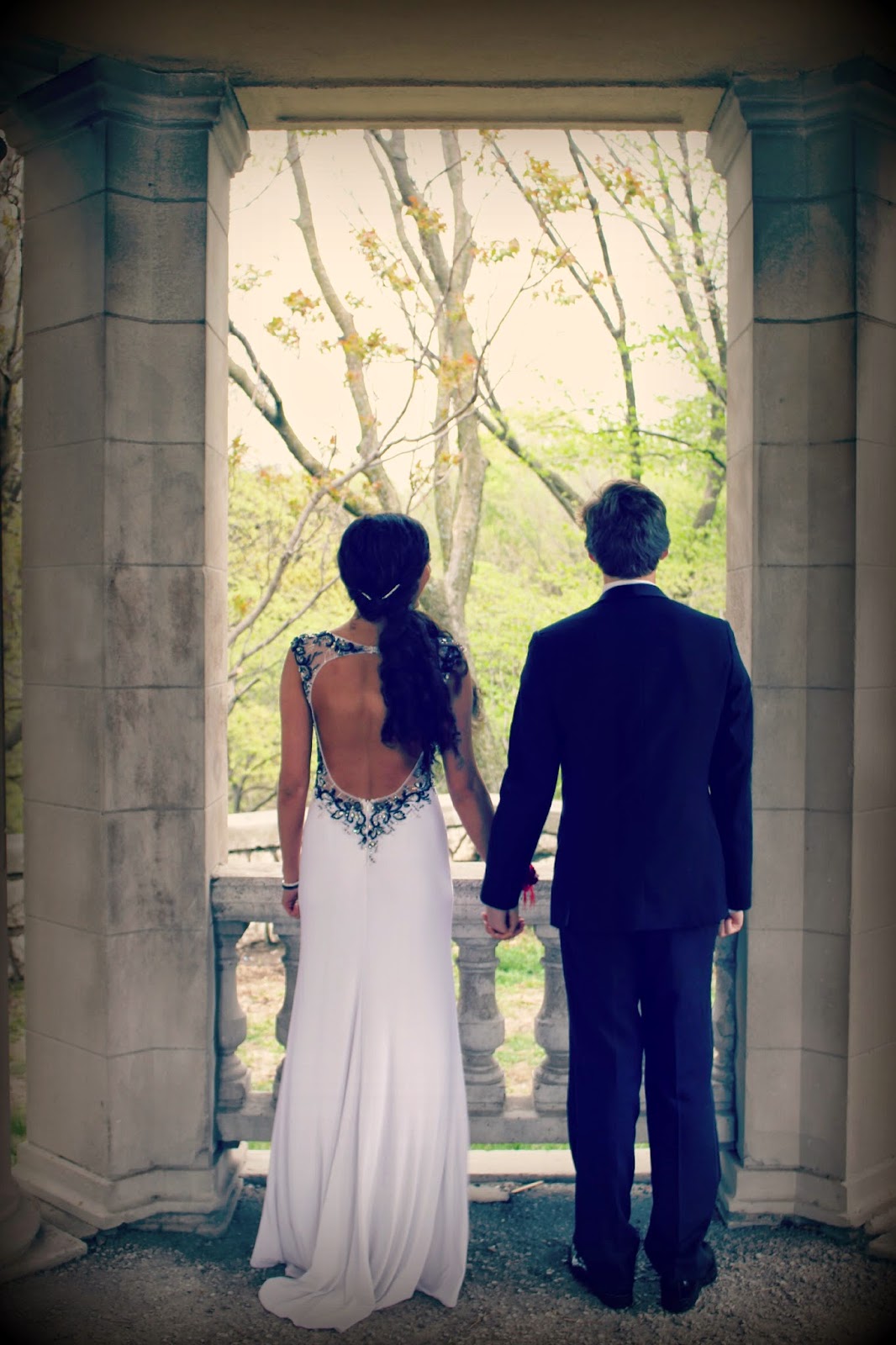 Another prom season has come to an end. The tux was returned this afternoon. The dress is headed to the cleaners. The flowers have wilted. All that remains is the memories and the photos.

Sadly, my small reprieve from graduation planning is over. If I were the drinking kind of girl, I might need some cocktails to help me forget that in just a few short weeks my little boy, who is no longer a boy, will be graduated. And before I am ready, he will move away to go to college. 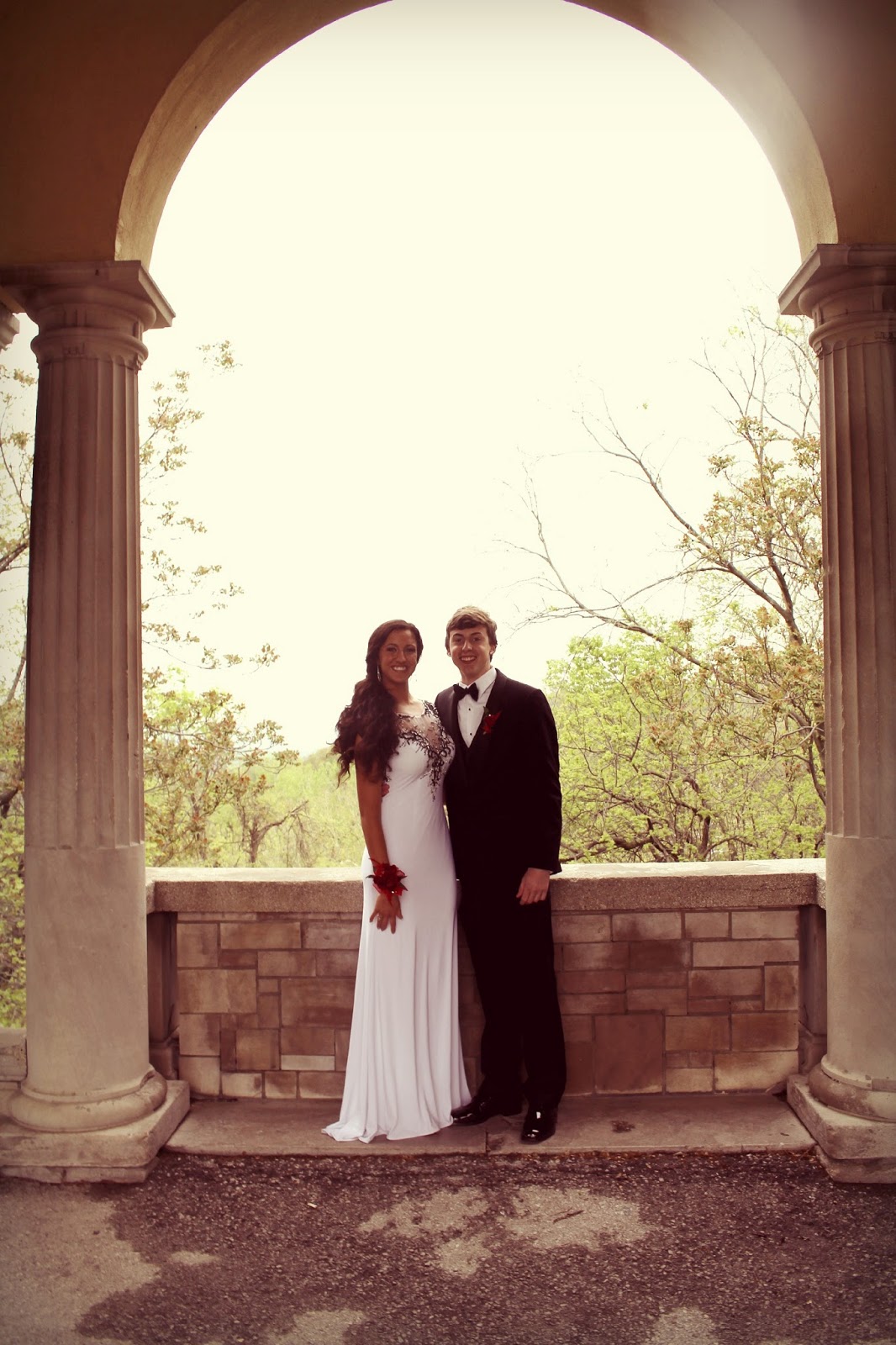 And the next time I see him this dressed up will likely be when he or his friends start creating families of their own. But, seriously, we do not need to rush into anything!