For The Love of Oscar!

By Pamela February 27, 2012
My husband went fishing this weekend, which left me no time to catch a last minute movie, I focused on preparing for the Oscars. I had a few friends over to have dinner and watch the 84th Academy Awards. 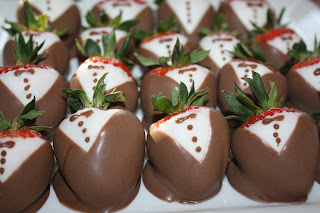 Tracy made these chocolate dipped strawberries. They were worthy of the red carpet, so she named them, Red Carpet Berries.

After that, we had 9 food dishes inspired by the Best Picture Nominations. 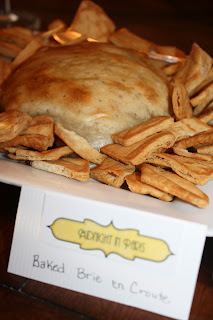 Baked Brie en Croute: From the movie, Midnight in Paris. Tracy actually made two: one raspberry and one apricot. Super yummy and way easy! 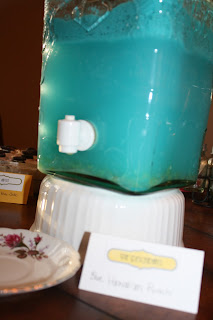 Blue Hawaiian Punch: From the movie, The Descendants. The punch needed to be non-alcoholic for two reasons: 1) the BFF is pregnant, and 2) everyone was driving home afterwards. I will tell you all this punch was amazing and I look forward to the summer day when I can add some Malibu Rum to it and sip away!

Wanna make it too? Here is the recipe:
2 packages of any blue Kool-Aid
2 Cups of Sugar
2 Quarts of Water
2 frozen cans of Bacardi Pina Colda Mix
1 liter of Club Soda

Mix the Kool-Aid with the sugar, water, and Bacardi. Mix until the sugar is dissolved. (BTW, the Bacardi mix has chunks of pineapple in it so don't get all worried when you see yellow things floating in the mix.) 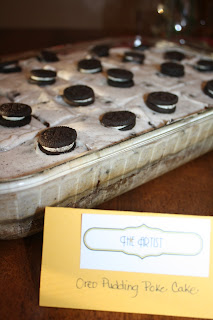 For Dessert: Oreo Pudding Poke Cake with Chocolate Cake: from The Artist.  Black and white movie, black and white dessert. This was a Pinterest find from a blogger, The Country Cook. The instructions said to only let the pudding sit for 2 minutes till you pour it on, and they are probably not exaggerating. I waited a bit longer and it was too thick to go down in the holes. So,  am not sure you can say it is a Poke Cake, mostly a cake frosted with oreo pudding. 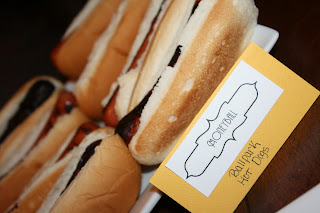 YES, we had to have Hot Dogs: from Moneyball! And after seeing Brad Pitts girl, Angelina last night, I wish she would eat a hot dog! This addition was a big hit with our under 15 crowd last night. 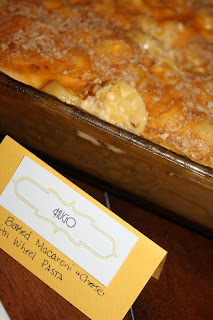 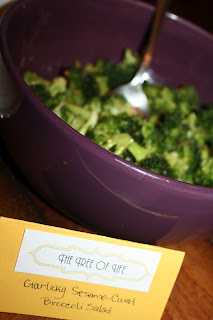 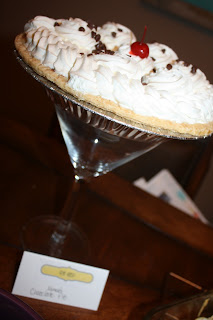 Minnie's Chocolate Pie from The Help. Yep, we went there. Had to really! It is almost iconic, right? This pie did not really come from Minnie. This one came from Tippins! So, please go ahead and have two slices!!

Turnip Gratin from The War Horse. The family needed a successful crop of turnips to survive financial ruin, and they delivered! Giving us lots of turnips to cook with. The majority of my guest had never eaten a turnip in their lives. Two out of three liked the dish. That ain't bad, right? 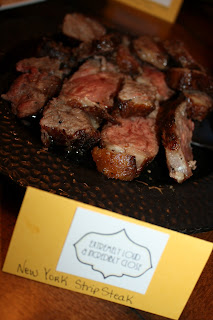 And our final entree: New York Strip Steak from the movie, Extremely Loud and Incredibly Close. The movie was filmed in New York so we opted for one of the things we love named for the town.

The actual awards ceremony was nice. I ended up picking Penelope Cruz as my Best Dressed. But I thought Michelle Williams was a close second and Kristin Wiig rounded out my top three.

I did not care for Meryl Streep (did her dress even fit her?) outfit. Most of the household also did not like Rooney Mara's dress either. I did not like Shailene Woodley (could she have made herself look any older?). And maybe Maya Rudolph was the absolutely worst dressed! Well, she is probably competing with Nick Nolte.

I also feel the need to tell you that I thought Billy Crystal (who did not look as good as years past) did an amazing job! But for me, one of the things that I loved and will talk about for a long time...the Ellen commercials for JC Penney!

I am happy for Christopher Plummer and Octavia Spencer. I am happy that Midnight in Paris won Original Screenplay (they say that is the award they give the second best picture of the year.) And who did not love Jean Dujardin's acceptance speech?

Another year of movie watching has come to an end. It was a great one. And since I did not get every movie  seen before The Oscars, I have some good things to look forward to seeing on DVD!