This is How We Do It!

We do it one game at a time.

We started playing baseball Thursday night in the USSSA World Series. The structure of the tournament is  three games in pool play, seed and play single elimination tournament.  Our first game was against the Spartans from Lincoln, Nebraska. We won that first game but not without a cost. One of our players broke his fibula while sliding into home. While he was safe at home, he unfortunately is out of the tournament.

Sometimes, this is how we do it. 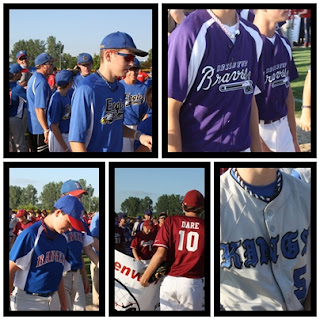 Friday, we played a double header. It is scorching hot here and of course the organizers want the little kids to play early. So, the big boys take the field during the hottest time of the day; 2-6. What does a team do when they have to play in that heat; they drink lots of water, put cold wet towels over your head when you can, and play ball!

Our second game was with the L O U D E S T team we have ever encountered, The PC Thunder from Ponca City, Oklahoma. And trust me, we have played against some loud momma's in the past but nothin' touches the PC Thunder fans. One of the grandma's from our team even wondered out loud if they were using microphones because they were so loud. We almost lost our lead for a moment, but our newest Hawk came in and shut them down and we walked away with our second win.

This is how we do it. 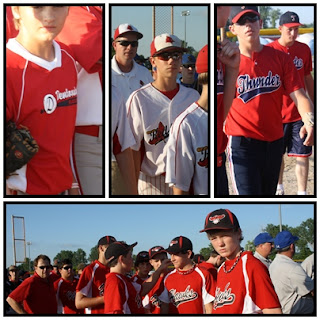 Immediately after the second game, we played our third against the Detonators from Denton, Nebraska. We have played our fair share of ball this summer. I have not seen our team play as well as they are playing in this tournament. Every member of our team contributed to each win. Our errors have been low. Our pitching is great  Our hitting is impressive.

This is how we do it. 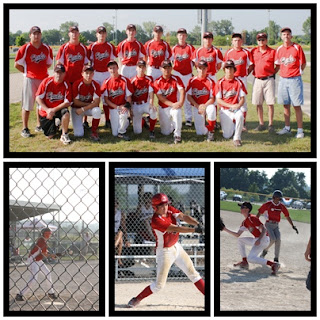 The Boy will not finish the last few games with his team. He left for vacation with his father early this morning. He went to Palm Springs, California (It was 109 degrees there today). Even though he is not at the games, The Short Chic and I went to our fourth game tonight.

In the end, we finished pool play 3-0 and earned ourselves the second seed in the tournament play. We are three games from winning the World Series.

We played The Bombers from Columbia, MO. It started off as a pretty close game. Then our pitcher shut down their hitting and our bats got hot. Really hot. Kinda like the 93 degree temp. We won 12-7! We are now, two wins from winning the World Series. We have successfully made it to the final four!

That is how we do it. 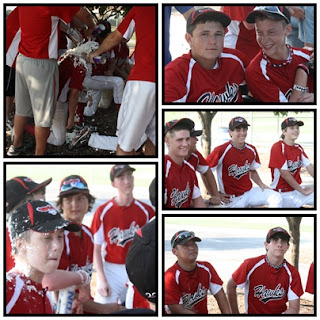 We play ball at 10:00 a.m. tomorrow. First we play the Diamond Kings from Clinton, Arkansas. If we win that game we will play for first place and the title of Champions.

Like other things in life. We just take it one game at a time. I do not allow myself to think about the Championship game because we have to win the next game. That is how we do it.