By Pamela May 21, 2015
Two days after the graduation party, barely enough time to clean the house, my work sent me on a week long road trip around the state of Missouri. I have traveled from Kansas City to Springfield; Springfield to Farmington: Farmington to Ironton to Festus; From Festus to Jefferson City. That is a
total of 731 miles in five days! 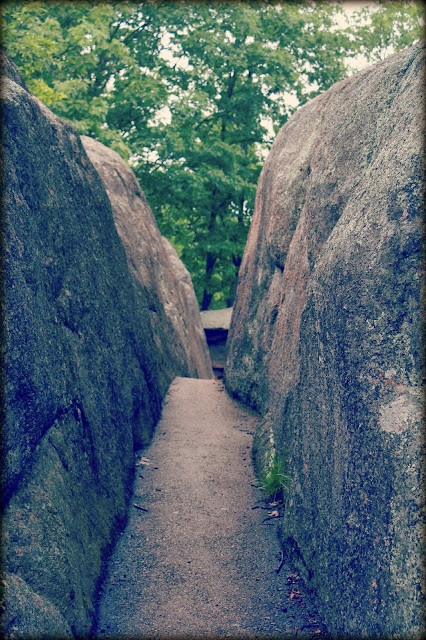 It has been a long week but it has also been a great week. I have met so many great people. It is honestly true when they say Missouri's people are nice. Everywhere I have been from hotels to restaurants from work meetings even at gas stations, people have been so friendly!

It has not been all work and no play. I met up with friends along the way. I even spent a lunch hour hiking at a state park I had never been to before. I found myself less than 10 miles from Elephant Rock State Park in the southeast corner of Missouri. 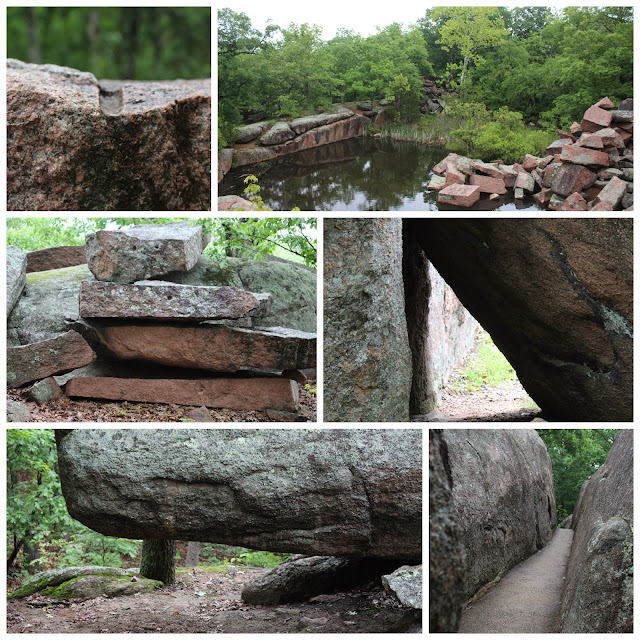 The family and I actually plan to visit this park this summer. I hope they won't mind that I took a sneak peak. It was kind of like being a young child on Christmas morning. I was so close and I just had to go and see!  Elephant Rock State Park is considered one of the most curious geologic formations in Missouri. Giant granite boulders that are 1.5 billion-years-old stand end to end on a seven acre park. It is said that the giant boulders look like  a train of circus elephants lined up. 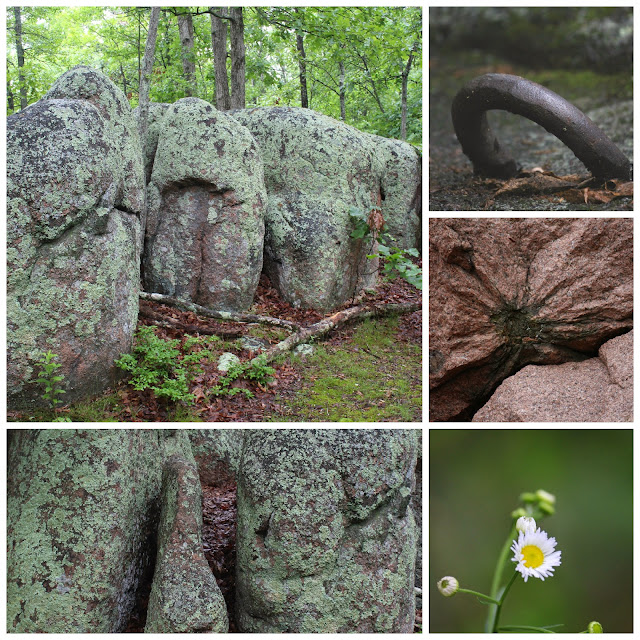 The park has a mile long paved path that is actually a Braille Trail. I honestly felt like I was in a scene from the movie Frozen. Remember when the trolls are introduced? All you see is round boulders and then they start rolling and become trolls?  Everywhere I looked I could see boulders.

Right outside the park is the oldest recorded commercial granite quarry in the state of Missouri.  Evidence of mining was found throughout the park. Circular holes were cut into the rocks so that the quality of the rocks core could be determined. I was able to find many perfect circles on my hike. I also could find half circle lines cut into the rock as well as anchors used to tantalize cranes.  Of course, being exposed to the elements the rocks are being weathered and eroding naturally. 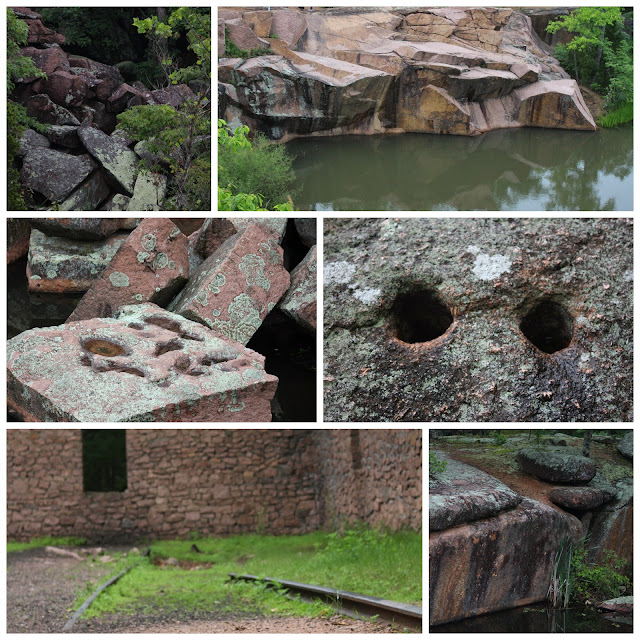 Occasionally when hiking, it makes sense to leave the safety of the hiking path and explore beyond the norm. When I left the path at this park I found some gems. One gem was the ruins of an old railroad engine house. The tracks are still present and the stone walls were amazing! I spent many minutes admiring the craftsmanship of the stone work.  Does anyone else find parallels to hiking off-path and exploring life in general? Don't be afraid to venture off the path!

The second gem I found was a quarry full of water hidden in the rocks. It was peaceful and beautiful and maybe had it been a little warmer I would have sat and meditated in the spot for a while.  Instead I lingered and then moved on. I did stop and enjoy the flowers I found when I was off-.path walking. The morning rain was still present on their pedals and leaves. Drops of water that were lingering. Kinda like my time at Elephant Rock State Park. I wanted to soak it all in so I kept re-tracing my tracks and doubling back just giving my mind the opportunity to connect with the environment. 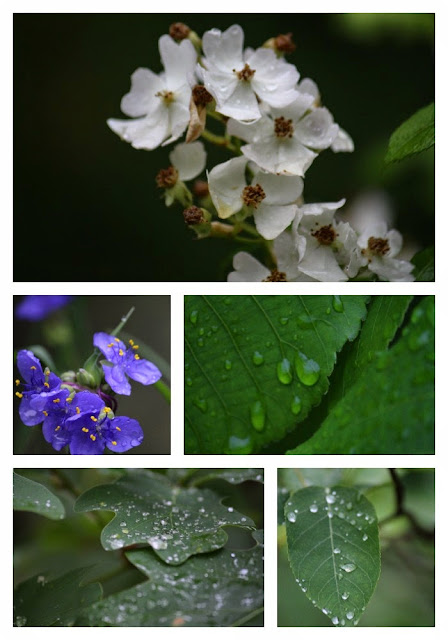 After exploring off-path I headed back on the trail. I found a second quarry full of water. At this quarry there were actually a couple of young men cliff jumping into the quarry. There spirit and adventure made me smile. Then I realized one of the young men was on a bicycle and it was loaded with gear.  He told me that he was biking from the New Jersey shore to the west coast. Last summer when we started biking The Katy Trail we met other coast to coast bikers. I so admire their dedication and determination! If you happen to be interested, you can actually follow his journey here! 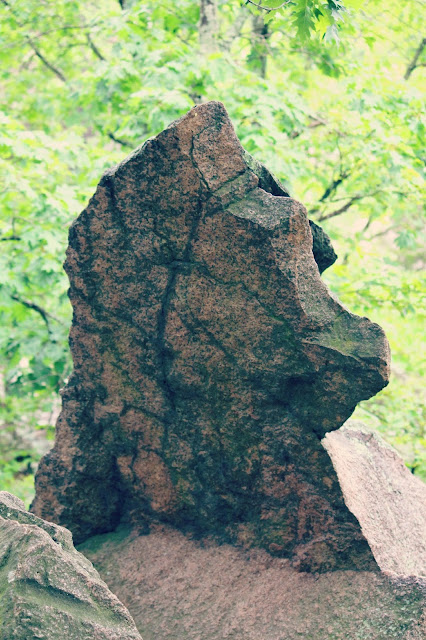 I am looking forward to returning here this summer. I expect it will not be the same. I imagine it will be crowded and busy. I think the kids will love it. I plan to pack a picnic lunch and linger some more. There are so many amazing rock formations, it was nice to take a break from the world of public child welfare and explore.