The Date That Came....And Went

By Pamela May 20, 2015
I can't say I never thought the day would come. I, of course, always did.  I mean you can dread a date as it approaches but you can't deny the fact that time always passes in the same manner; twenty-four hours and a new day starts. It is a constant in this life we can count on.  It's just, when I put the date on our calendar it seemed so far off. Something I would have to deal with in the future. Then the future becomes the present and before you are fully prepared you are dealing with something that maybe you just were not ready to deal with. 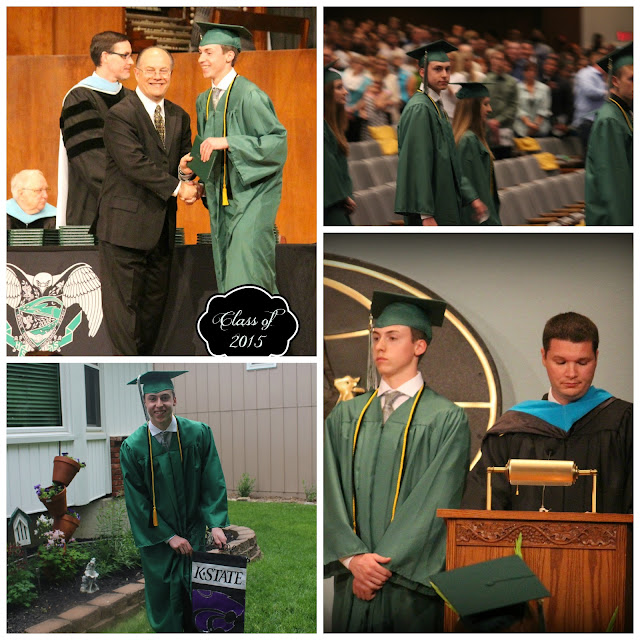 My son graduated from high school. I am still trying to get use to the reality of that sentence. My son graduated from high school and will be going away to college this fall. Another not so elusive date on the calendar. When the school year started the end seemed so far away. But slowly as the school year has progressed and with it came many last dates. Last football game, last home basketball game, last school dance, last day of school. Then the final, final date. Graduation.

It has been a whirlwind. Baccalaureate, Honors Night, Graduation Ceremony, and finally a graduation party. More than a few tears have been shed over the past week. Some alone, some publicly. Some were a silent lonely tear while others have been hard sobbing ones. When I was not crying, I put my energy into preparing and planning for his graduation party. 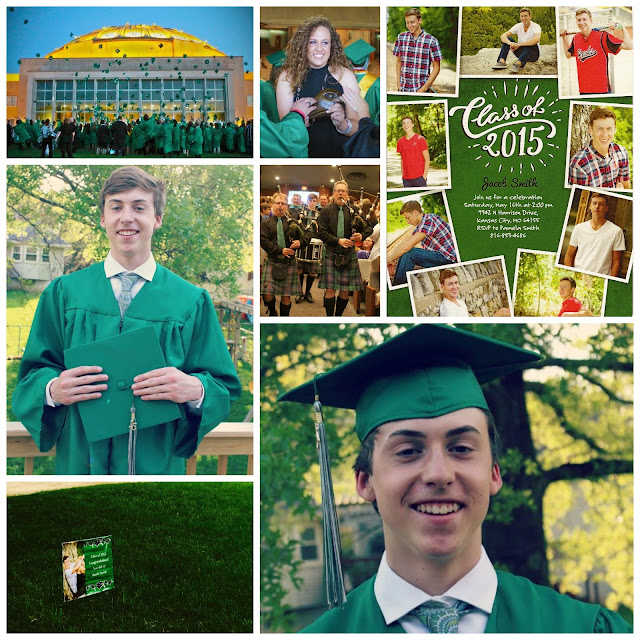 The Boy wanted a purple and white themed party to celebrate his future college. I felt like the party needed to be connected to his high school. We settled on a "Past and Future" themed party and used both school colors.  Our home does not have an open floor plan conducive to large gatherings so our hope was for a backyard party. We put a new deck on the house last year and we hoped  to use it. A local party supply business was able to rent me tables, chairs, and table cloths  to polish everything off. 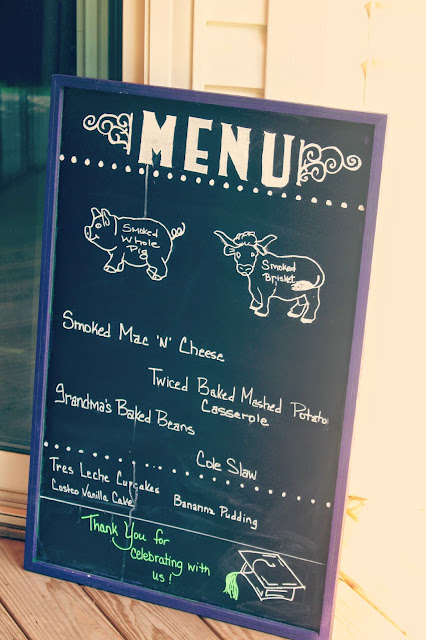 The Boy and The Husband were pretty insistent on BBQ for the menu. I advocated hard for Walking Taco's but in the end, they won and we made plans to smoke brisket and a whole pig for the party. Smoking a whole pig is not an easy task and I think if you ask The Husband if he would do it again, his vote would be for Walking Tacos! The Short Chic has jumped on board, her seven year old self, already promised me she would want tacos for her graduation party. We will see if she changes her mind in eleven years. 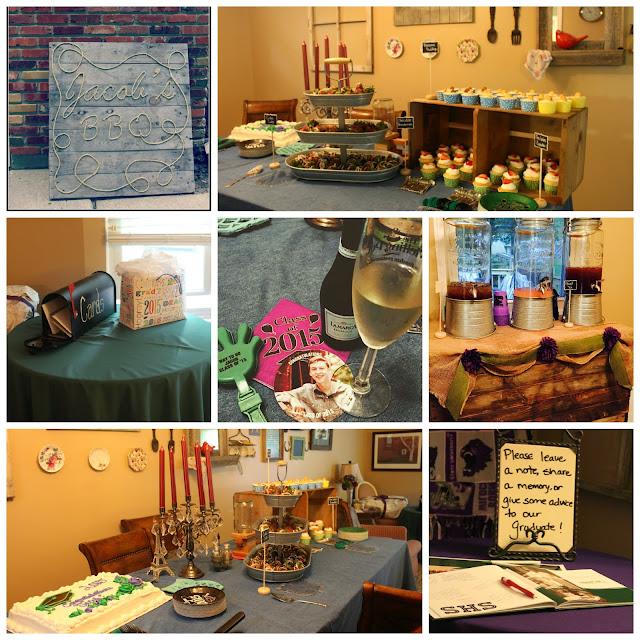 Mother Nature threatened us and even gave us rain all morning of the party, but an hour before our start time, she dried up and gave us a perfect Missouri afternoon free of rain. The Husband has been actively growing grass all spring. I think the graduation party might have ruined his new grass. The yard was just a muddy mess in places.

The Boy was not the only graduates at his party. Two of his cousins also graduated and they attended our party. It was great having them together one last time. One of them will move away this week, another leaves next month. Our little birds are leaving the nest. 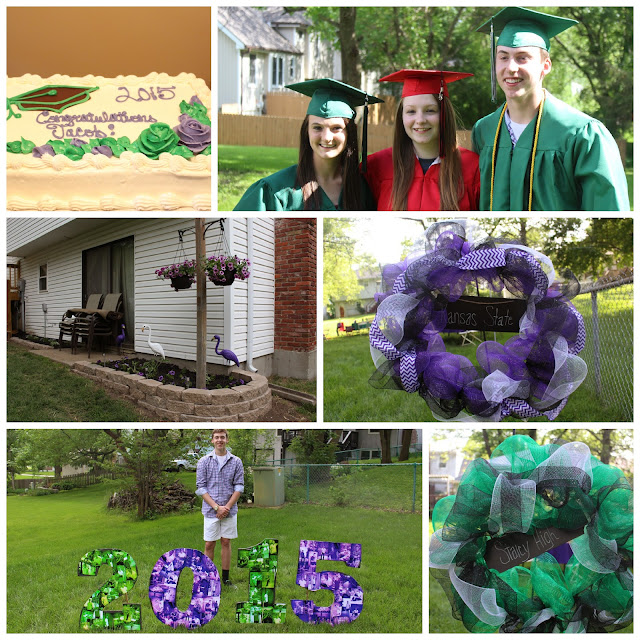 I have come to terms that my style is very rustic chic. The Boy does not like the chic part of that! He thinks it is too girly. I kept reminding him that he won the whole pig fight. I get a little chic. I used a lot of rustic details. Mason jar beverage dispensers, wooden crates, galvanized metal, chalkboards,  even twine.  I found purple and white flamingo's and added them to the yard. I planted purple flowers in flower beds. I wanted a photo booth but The Boy said that was too girly. Instead I made foam board numbers and covered them with tinted senior photos.  It made a perfect stage for photos.

I found myself not wanting the day to end. I am so thankful I have great friends and one amazing cousin who worked their hind-ends off so that I could mingle and be present in the moment. Thank you all for that.