By Pamela November 04, 2014
Thrill Rides. They are the excitement of any amusement park. Disney World has some of the most exciting thrill rides. From the Tower of Terror to Expedition to Everest to the old classic of Space Mountain. These are the rides that my family can't wait to ride over and over again on our visit.

Now, you can preserve memories of these thrill rides. One of the major differences between Disney's Photo Pass and the new Memory Maker is the addition of ride photos.  I am sure your family is like mine, we always love to go look at our silly photo after the ride but we never purchased those photos.

The line to Test Track was so long during our Disney World 2013 trip that we skipped it. The R Family showed us that without a Fast Pass we can go Stand By and minimize the wait for this ride. 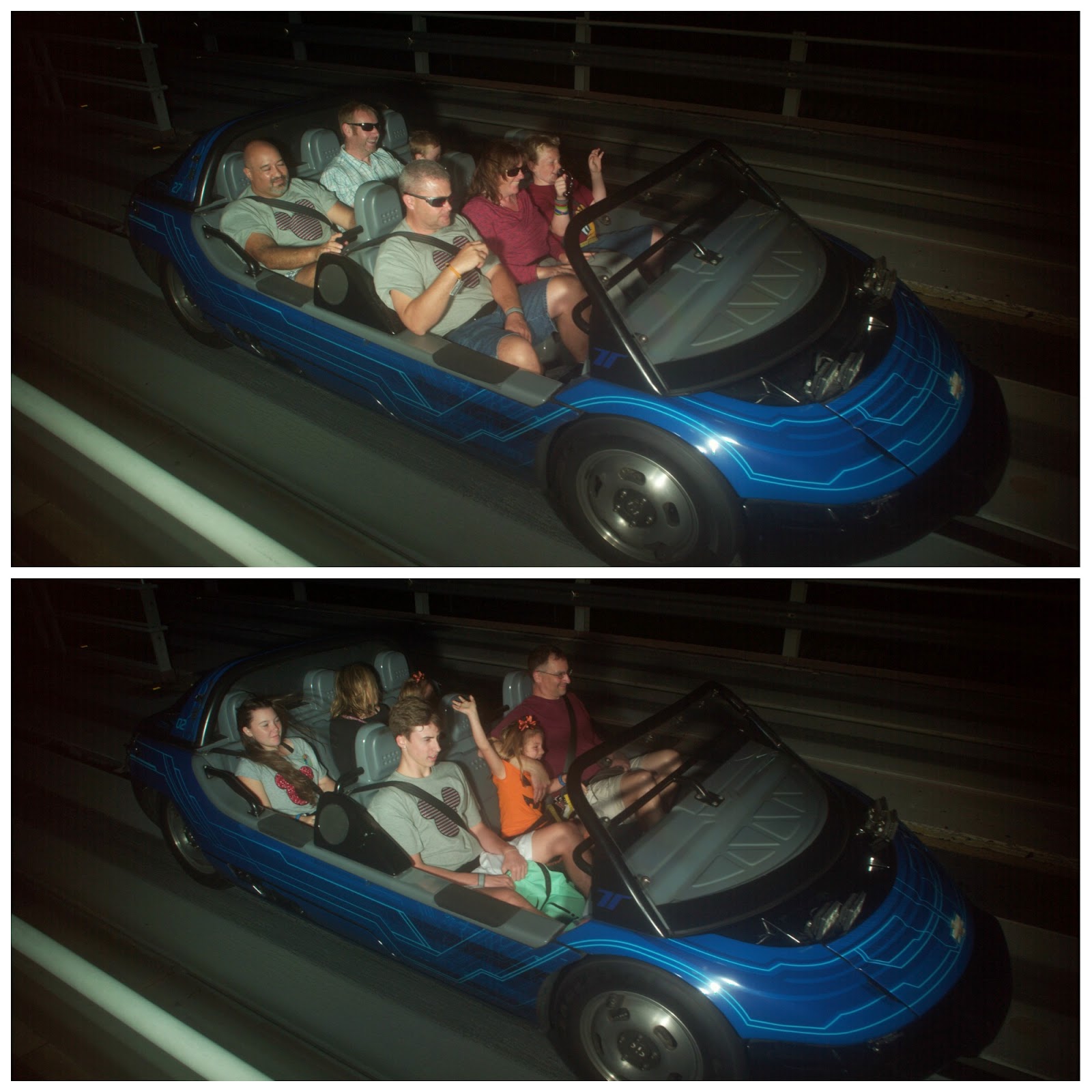 This ride has been around for a long time but we still love it! Completely in the dark, you can't see what direction you are heading or when the next curve is coming. This was the first year that The Short Chic was tall enough to ride and I think the jury is still out on whether she liked it or not! 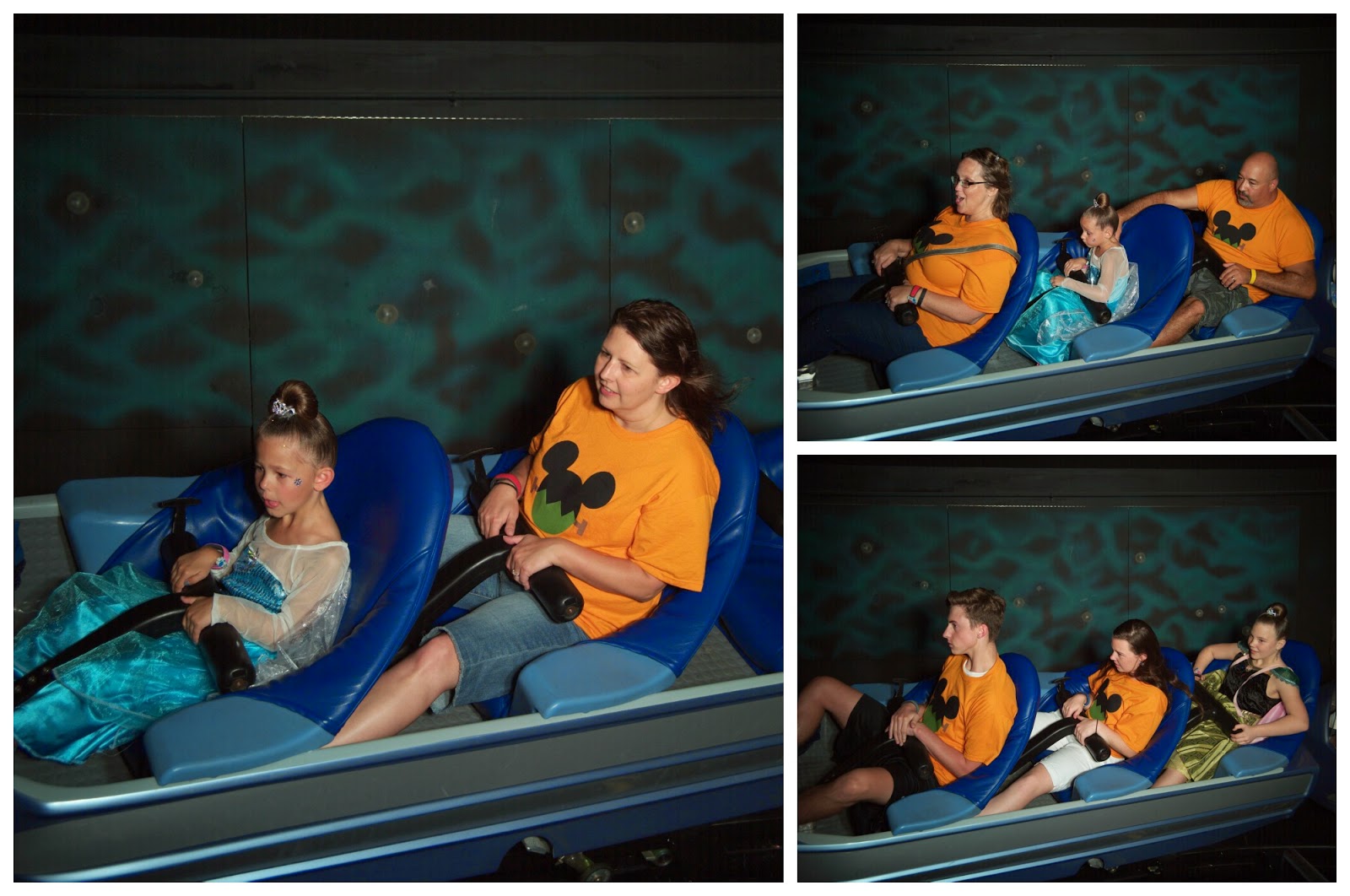 This was another ride we could not ride in 2013 because it was under construction. No matter where I sat, each time I rode this ride, I got drenched!  This is a big deal if you all know me.  Can you tell this was one of our favorites? The Boy and The R Family rode this ride four times in a row until the lines got crazy long! They were soaked through and through. 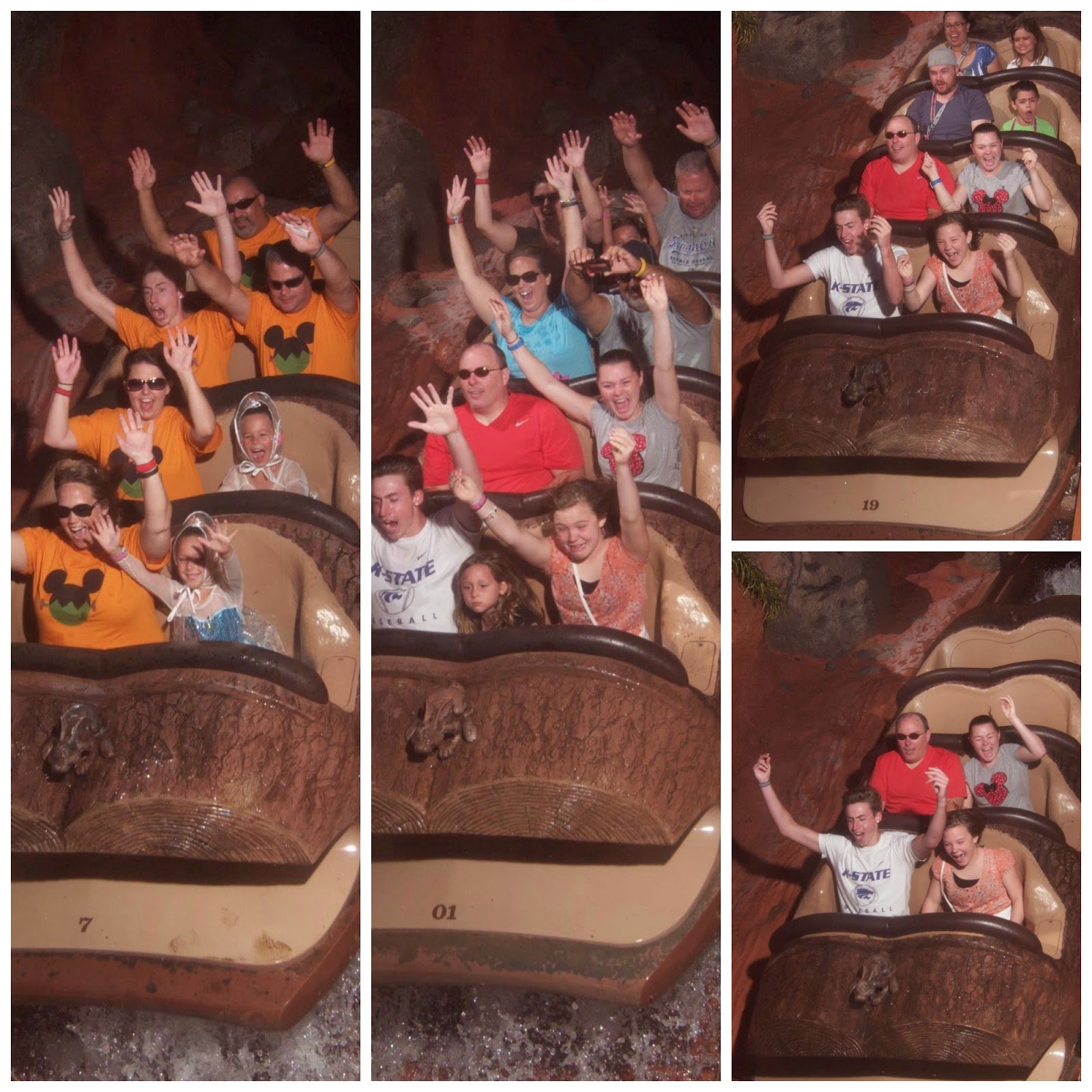 This ride is brand new this year. We had it Fast Past for our sixth day of vacation but we kept checking the line every chance we got! During the Not So Scary Halloween Party the wait line dropped to under 20 minutes. Reality it only took us 8 minutes to ride this ride!  We hardly had time to play and enjoy all the extra's Disney has put together to make the normal wait time enjoyable. The rest of the trip the line remained at nearly an hour and half wait. We heard it caught on fire this weekend from embers from the fireworks.  We were all shocked and relieved to hear it was nothing serious. 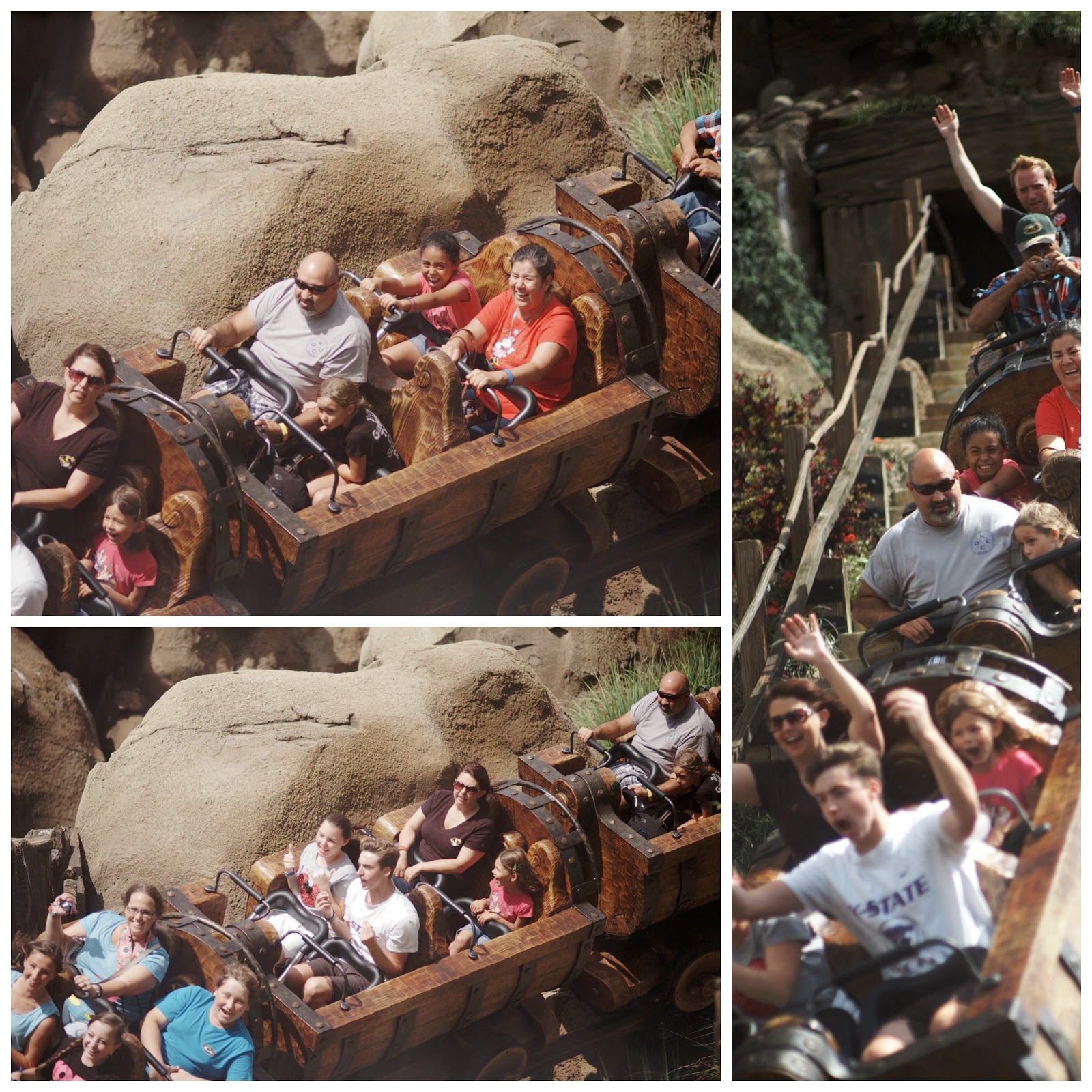 Disney almost always adds something extra to your Memory Maker.  Sometimes it is character photos, or edited photos but occasionally you find something else.  We were given a personalized video of us riding The Mine Train.  Here is our video:

I am not sure who hated this ride more: The Short Chic or Mr. T himself.  This ride officially did Mr. T in for the rest of the trip. He swears it was the backward section that nailed his coffin shut! 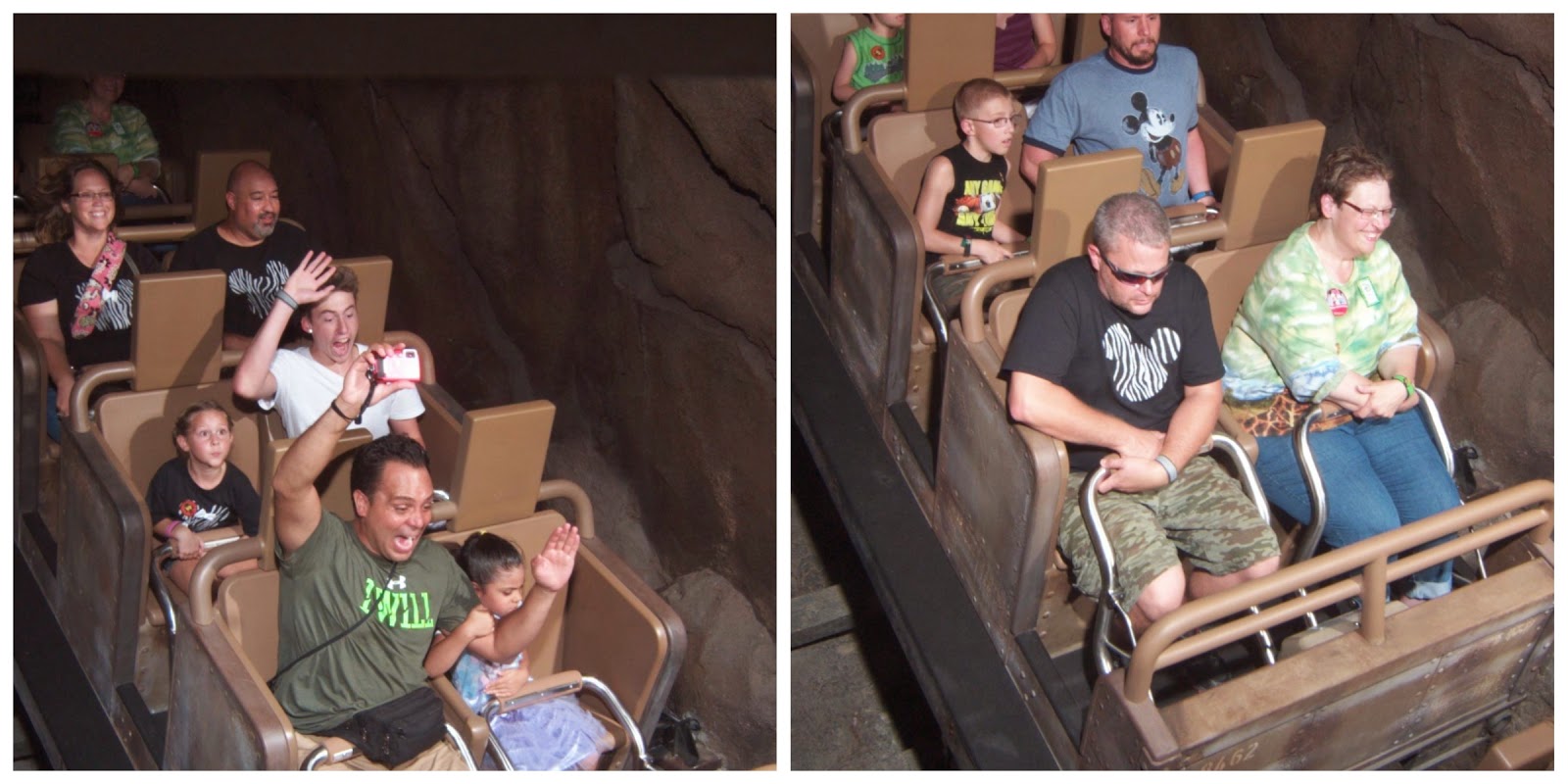 I love this ride! Loud rock n' roll music blares from speakers by your head. The neon signs that zoom past you while you are riding. And of course, this is the only thrill ride that goes upside down at Disney World. Nope The Short Chic did not like this one at all! 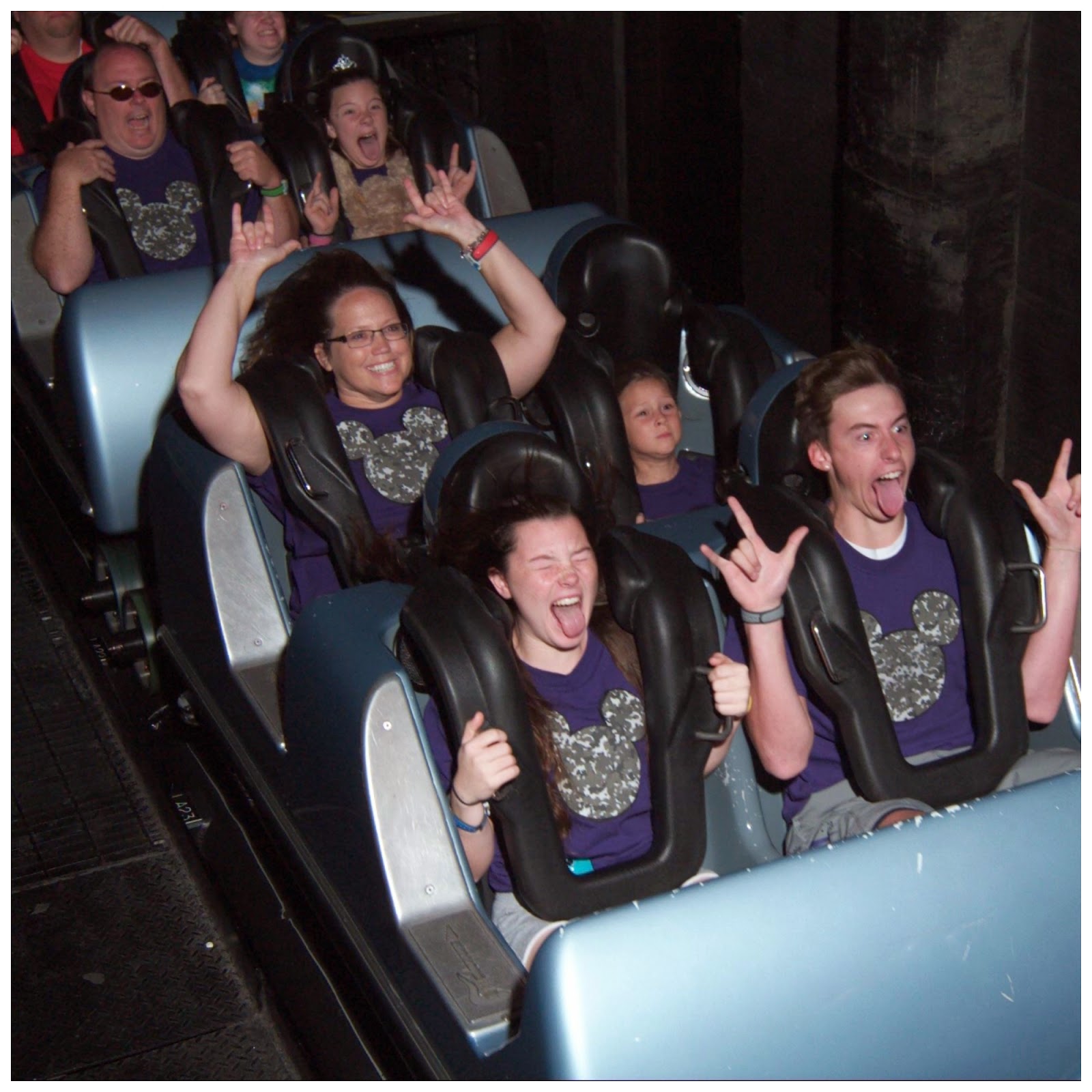 We did not ride this ride the last time we were at Disney in 2013. The line was long and I just was not sure about this ride. I will say this, it was scary but I can't wait to go back and do it again. The Short Chic, she is on the back row next to her Daddy, will probably never ride it again!

Do you just love the teenager in the front hiding her face. Her Dad tells us that is how she has looked every single year in every single photo of this ride! 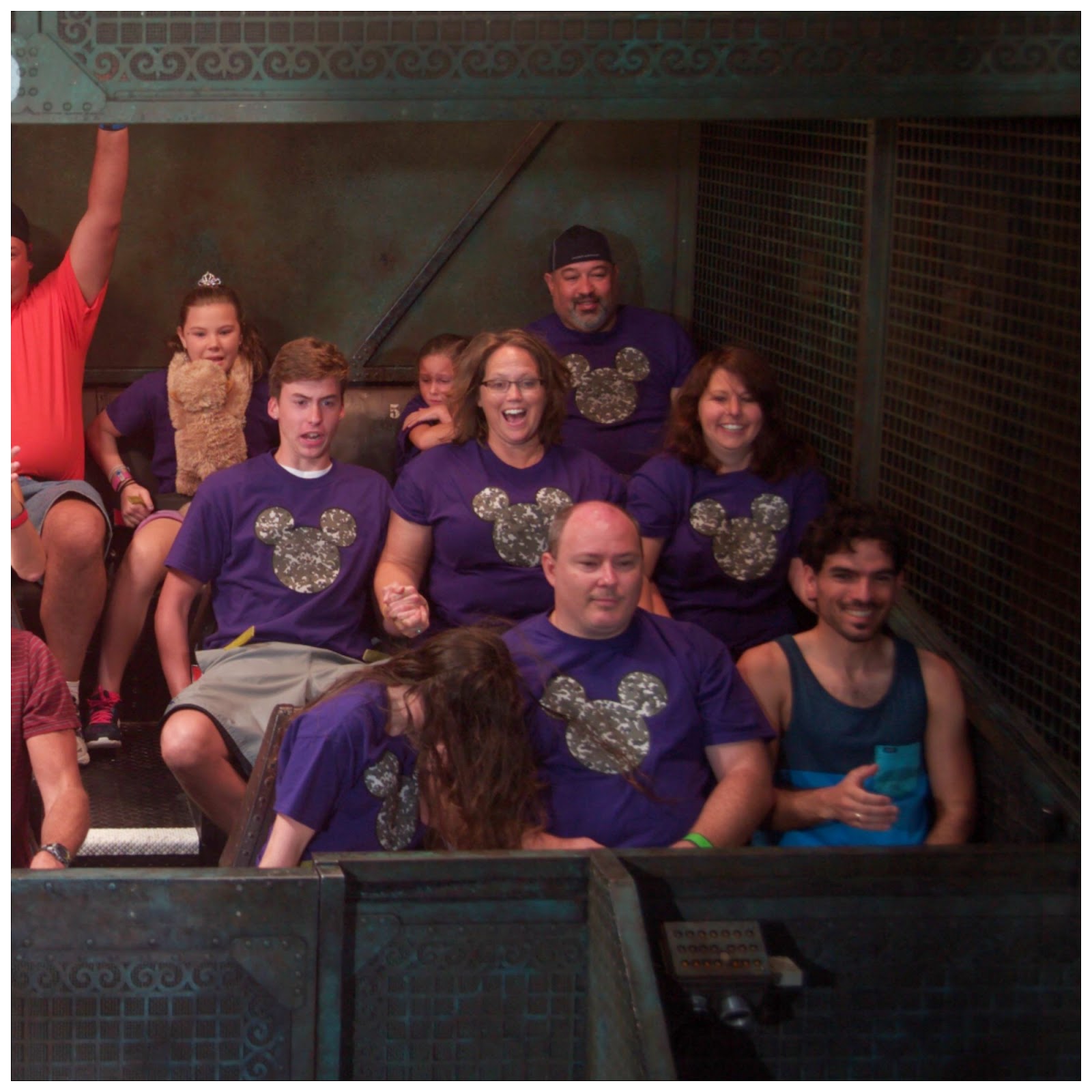 Want another laugh. Here is our video Disney included  from our ride on The Tower of Terror. I laugh every single time I watch it.

Magic Kingdom's Buzz Lightyear's Space Ranger Spin:  This maybe one of my favorite rides in all of Disney World.   Yep, The Boy and I were determined to win. And we did!! 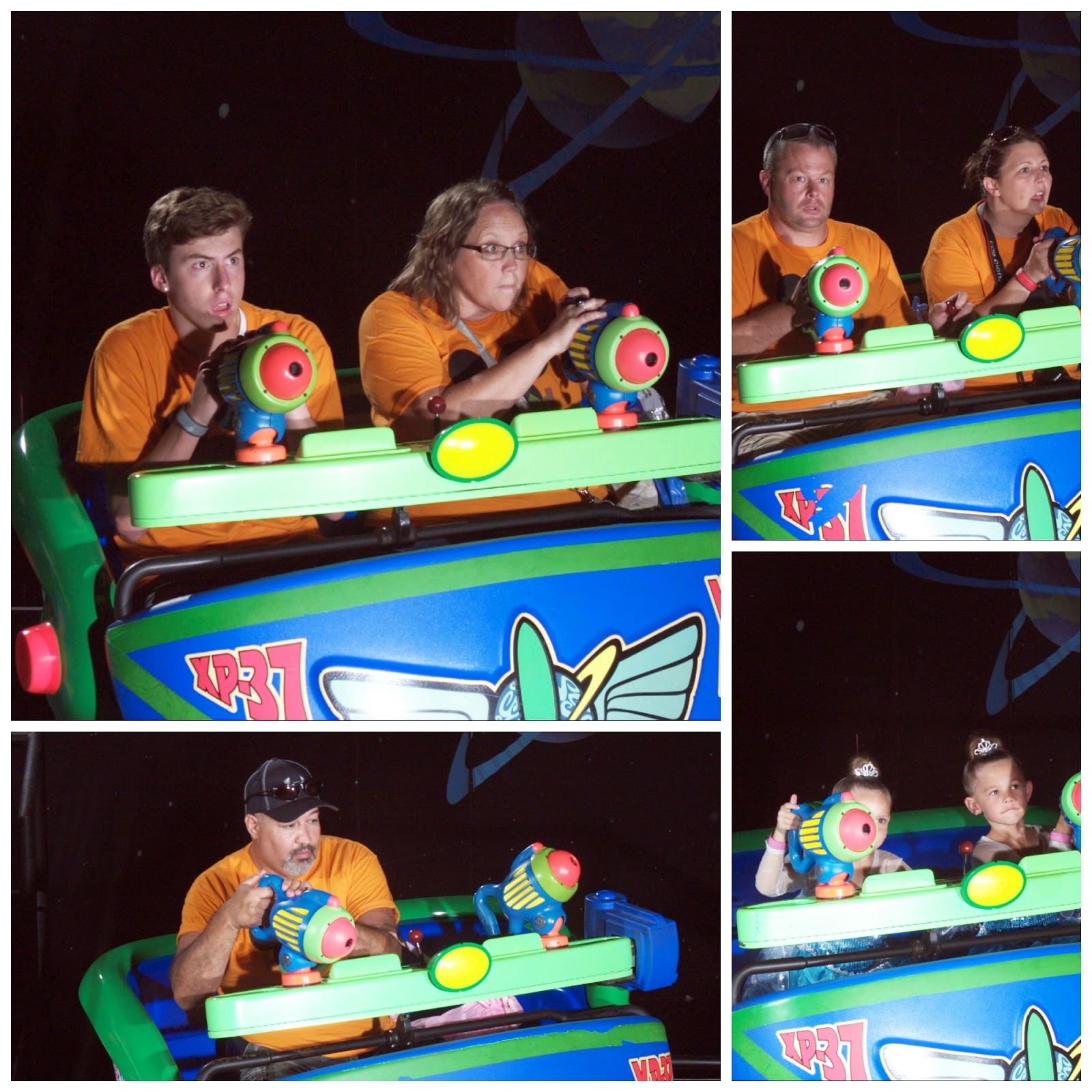 So many people ask me if my 17 year old really likes going to Disney and I assure them over and over again that yes, he does. This is why. The rides are amazing!  When I tell him that people question me all the time about it he said, "Mom, I can only say two things: Splash Mountain!"