I remember my first visit to Disney in 1986. I was a teenager and I wanted nothing more than to meet Mickey and Minnie Mouse. I searched the entire day hoping for a chance to see them. The closest I got was seeing them in a parade. 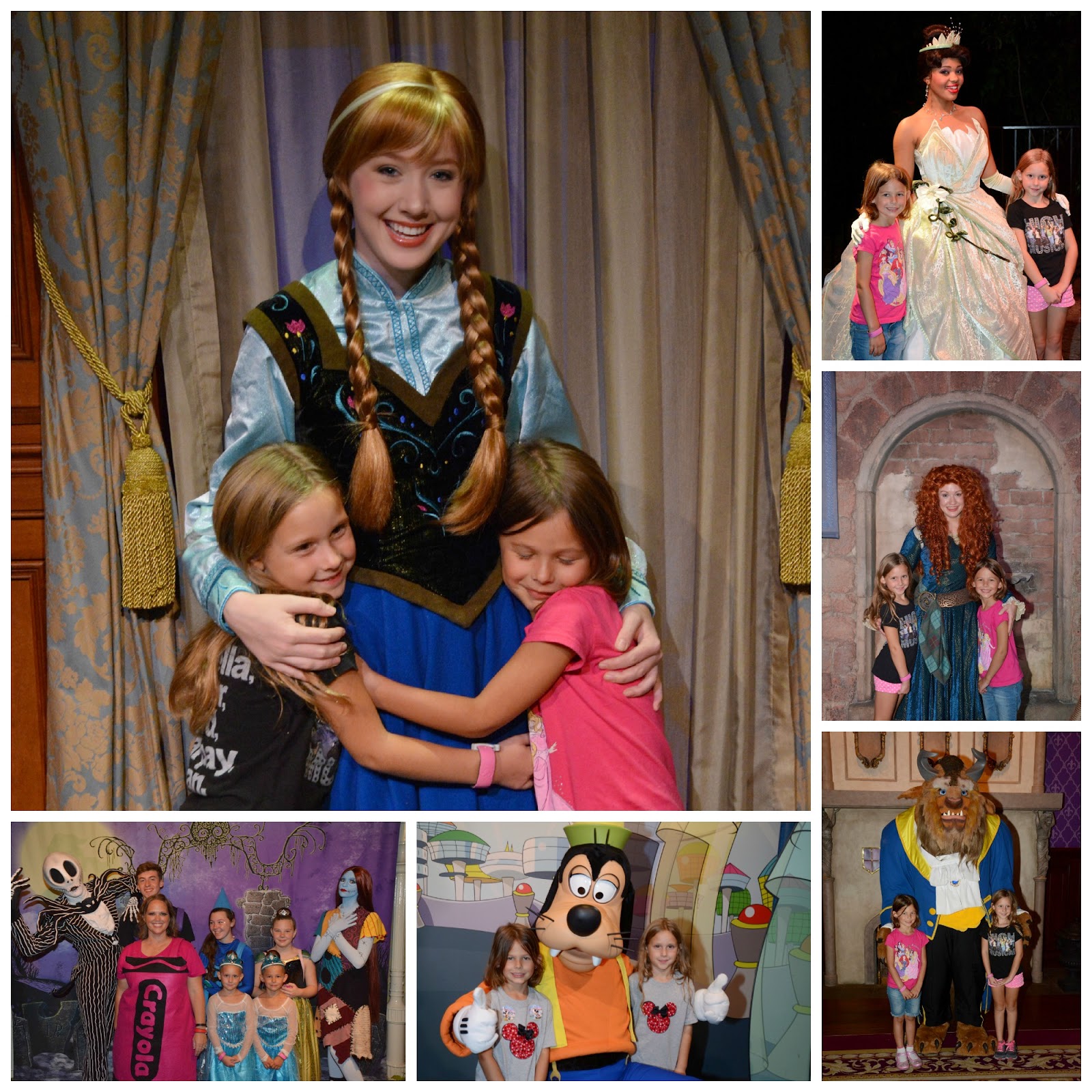 Times have changed since then.  Meeting characters during your visit to Disney is super easy. Disney prints a weekly schedule that gives the times and places of where you can meet your favorite characters.  As you enter the park, pick a schedule up and make a plan for your day.


Characters can be found all over in each of the four parks. Some characters (Mulan, Belle, Winnie the Pooh, Tigger, Alice, and even  Mary Poppins) like to hang out at Epcot's World Showcase in their respective countries.

Some characters like Anna, Elsa, Cinderella, and Rapunzel often have more formal settings inside the Princess Fairytale Hall in The Magic Kingdom. 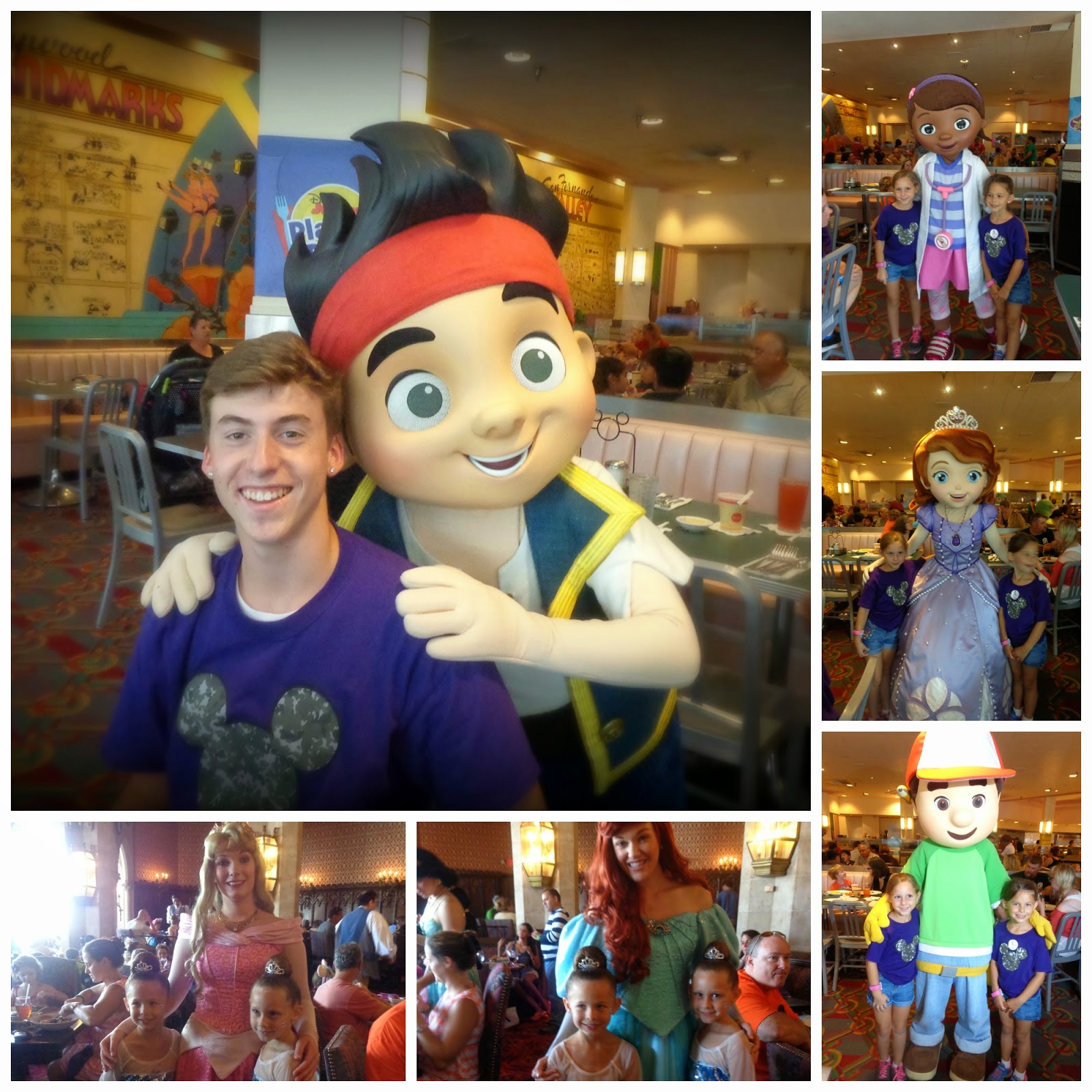 Character dining experiences are also an extremely popular ways to meet characters. We enjoyed three character meals during our last time to Disney World. The characters travel around the dining room visiting each table stopping for photos and autographs with one child, all children or even the whole family!

Character meals can be expensive.  However, we purchased the Disney Dining Plan and they counted as our sit down meal of the day. I highly recommend the Dining Plan if you are staying on property. We had some pretty amazing meals and the convenience of using the dining plan was a win/win for our large group.

As  stated above, in addition to photographs most characters will also sign autographs. You can purchase autograph books in the Disney gift shops or you can bring one from home. The girls received many compliments about their autograph books, many of those came from the characters themselves!

Of course, the downside to this is that meeting characters takes a bit of time. Disney offers Fast Pass + for many character experiences but not all of them. Expect to stand in a line for at least a half an hour in order to get your special time with each character. 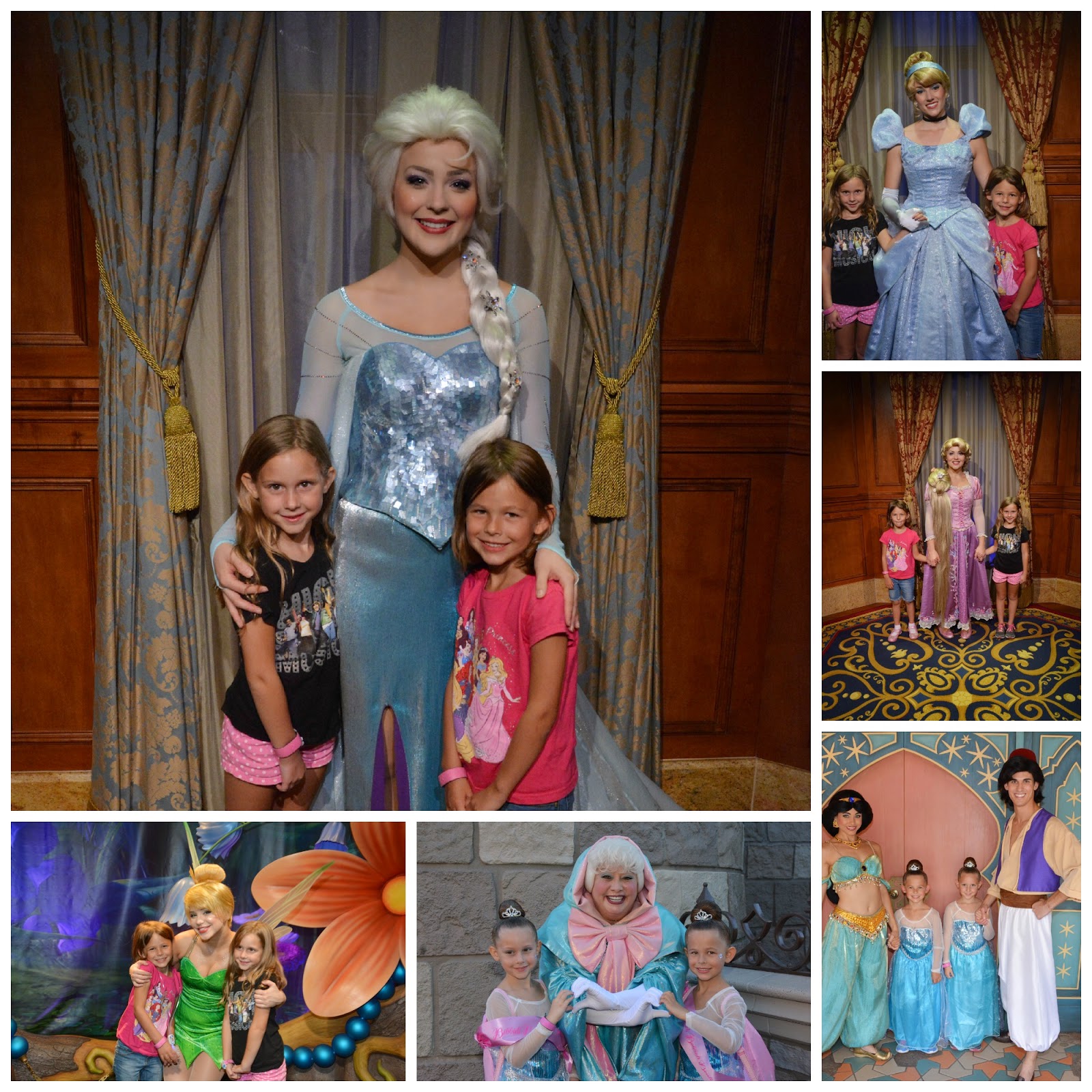 I would also like to say that the face characters (the ones you can actually see their face) are amazing to interact with! The Short Chic almost always has a question or two or three lined up for each of her favorite character. For example, this year when we met Princess Tiana, The Short Chic asked her what she was serving in the restaurant that night.  Princess Tiana's response was straight out of the storybook! She described Seafood Gumbo right down to the ingredients and seasonings!

Try as we might, we searched all over for Olaf and he was no where to be found during our visit. The Short Chic asked Queen Elsa and Princess Anna where Olaf was and they both told her how Olaf was finally getting his summer vacation to the beach and judging by the postcards he was having a great time! That is Disney Magic working right there and just another example of their attention to detail! 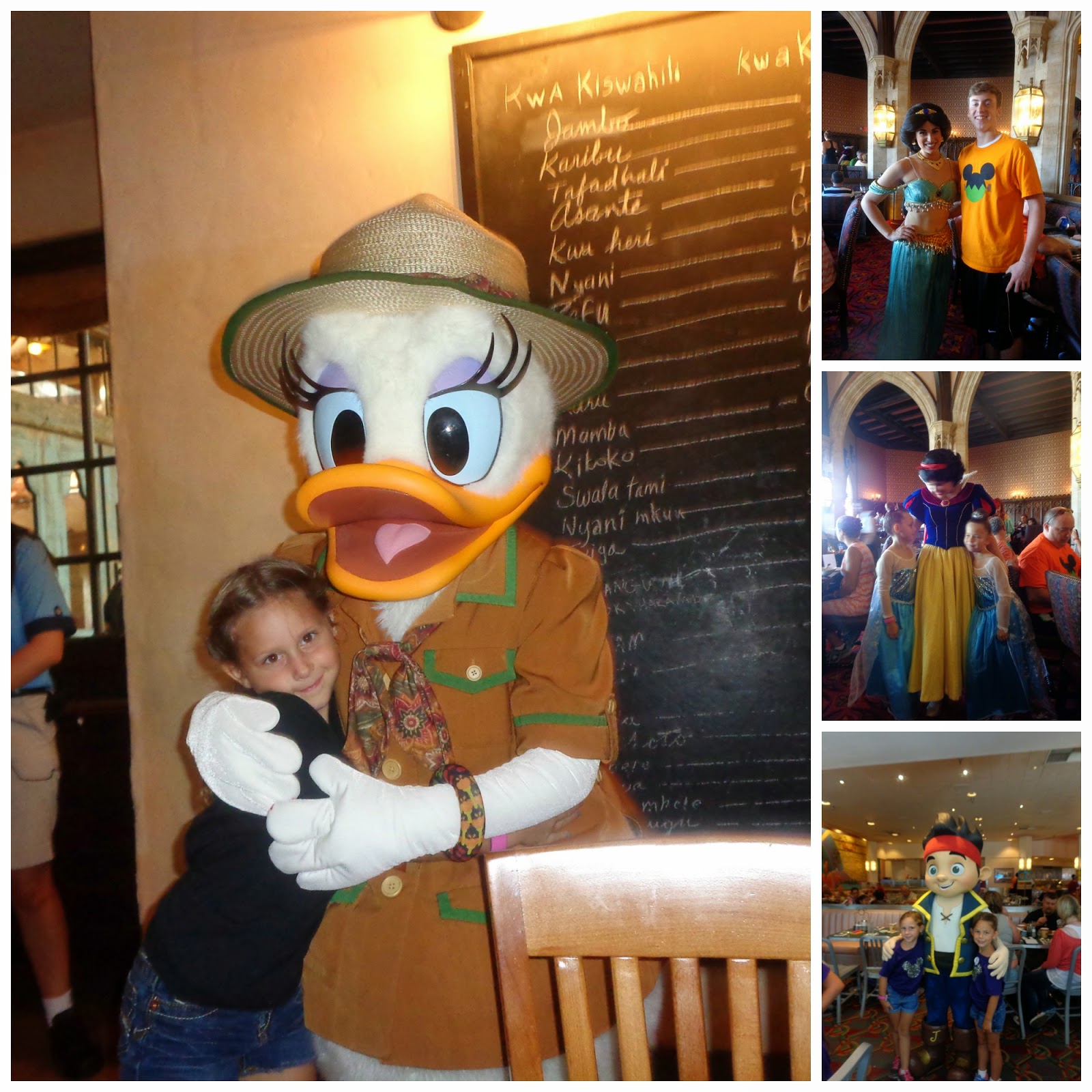 I wish it had been so easy to meet characters back in 1986. I am sure I would have left the park with the perfect Disney experience. Young and old; male or female; everyone enjoys meeting their favorite characters! It is the stuff that dreams are made of.