By Pamela March 25, 2013
On the second full day of our vacation we were up early, picnic lunch packed, and headed to Disney's Magic Kingdom.

I will concede here that this vacation is about introducing my youngest, The Short Chic to The Wonderful World of Disney. But I will also concede here no none in my family loves Disney more than I! As we were driving to the park I was a bundle of excitement anticipation. 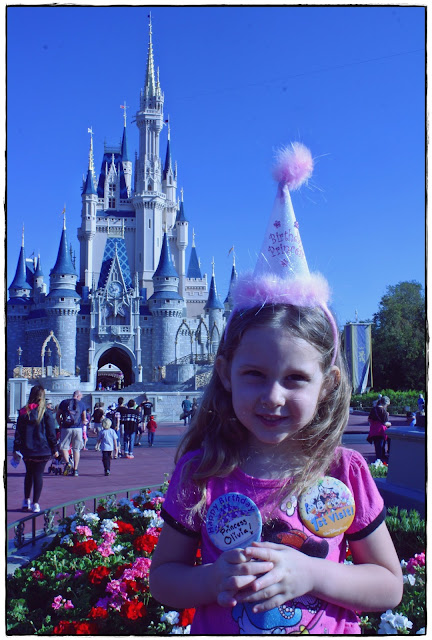 I believe this is my sixth trip to Disney; my second to Disney World. I learned a few new things this visit. I had no idea that Disney hands out celebratory buttons to guest. If you happen to be celebrating an event {Birthday, Anniversary, Graduation, First Visit, ect} make sure you stop by City Hall as soon as you come through the gate and get your free button. The Short Chic was given a "First Time Visit" and a "Happy Birthday" button.   Every cast member and often other Disney guest who saw her that day hollered out a "Happy Birthday, Princess!" Disney is where you want to be on your special day because they honestly just make you feel like a Princess. 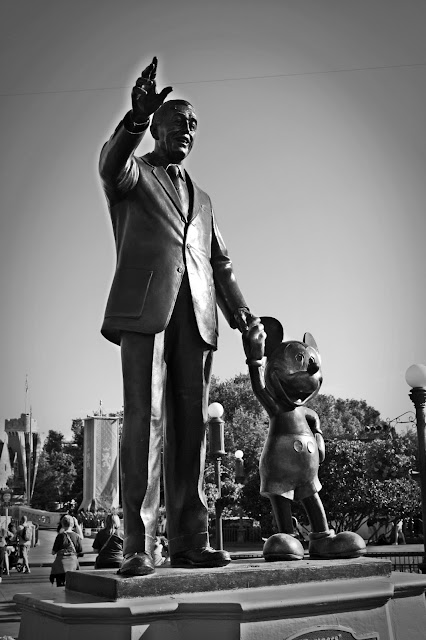 Some other things you should know before you go to the park. Disney does allow you to bring in food and drink, with some minor exclusions. They even allow coolers, within predetermined size limitations. Disney  has lockers to rent right by the front gate so you can safely leave your cooler and return to it when you need  to {$14 which includes a $5 deposit}. If you are looking to save a little money while at the parks, packing your own lunch is an easy solution. 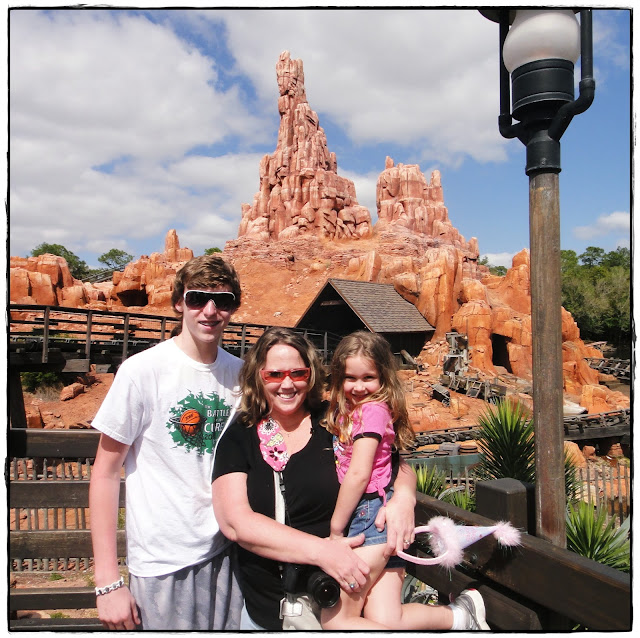 I love Disney's Fast Pass. We were able to FastPass many rides, run off and grab an autograph and then go back and complete the ride. Unfortunately  one of the rides we could not fast pass or even ride was Splash Mountain. It is currently closed for renovation. I guess my date with Briar Rabbitt will have to wait until our next visit. The Short Chic did ride Big Thunder Mountain and really liked it. She is not sure what to make of all the "big people" screaming on the roller coaster, but other than that, she did like it. 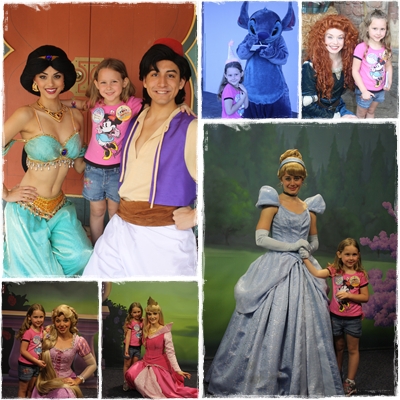 I remember my very first trip to Disney. I so wanted to see Mickey Mouse and outside of a parade, I never even caught a glimpse of him. I remember leaving happy yet disappointed as well. Now days, there is no reason to leave a park without your dream character experience. The Short Chic went to Disney loving two Princesses specifically {Jasmine and Mulan}. She came home with a bunch of new ones. There are two types of character experiences: the planned ones and the random sighting.  I actually prefer the organized ones over the random sightings. The organized ones tend to have a line with some structure to it. The random sightings are often free for all's with people edging each other out. 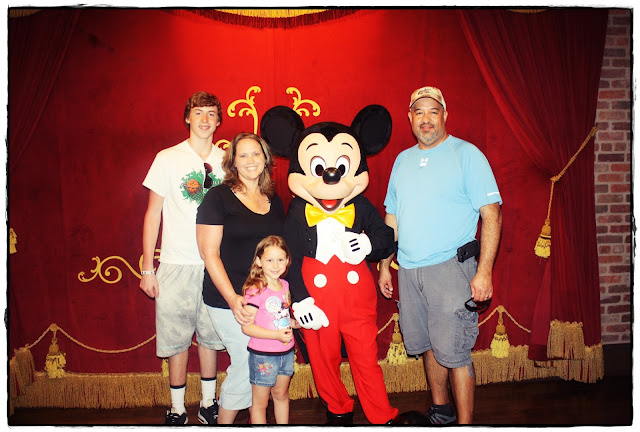 Seeing characters is so much fun. With Disney's Photo Pass the entire family can get in on the photo and don't forget your autograph book! But seeing characters is also very time consuming. We were able to FastPass Meeting Mickey and Meeting the Princesses so they had virtually no waits but other characters we waited over an hour to see.  My suggestion, make a list of the must-see characters. Balance character sighting with shows, parades, and rides.  If necessary, split up! There were a few times two of us went to see a character and the other two went on a ride. 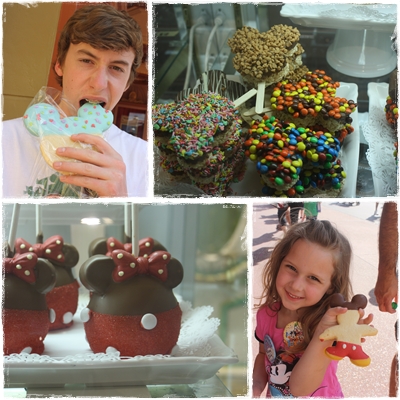 One of the places I always brings a smile to my face during my Disney visit is the sweet shop. One of the benefits of packing a lunch is you don't feel guilty splurging on sweet treats for the whole family! Who does not love a Mickey Mouse shaped treat? I so wanted one of those caramel apples but felt it was impractical to walk and eat it. I settled for a Mickey Mouse chocolate chip cookie. 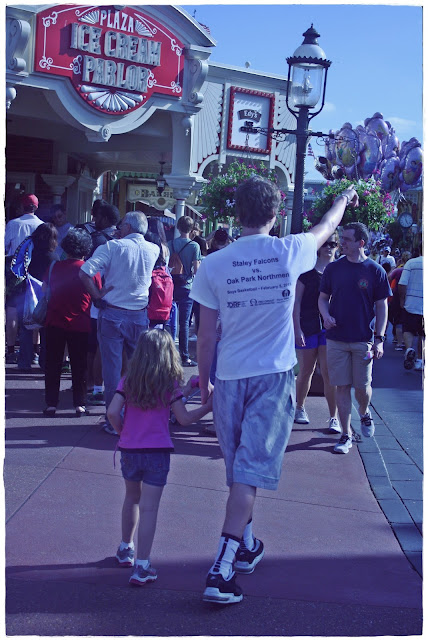 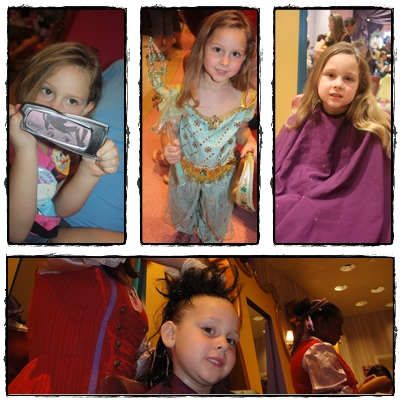 What is Bibbidi Bobbidi Boutique? It is a salon operated by Cinderella's Fairy Godmother. She is the absolutely best at making every little girls dreams come true. There are many packages available to turn a little girl into the Princess of their choice. My Short Chic transformed herself into Princess Jasmine. It is a pricey experience but watching her was worth every penny! She brought home such a great goodie bag from her evening at Bibbidi Bobbidi: a backpack, extra makeup, fingernail polish, body gems, hair clips, and she even had a professional photo shoot and got free photos. 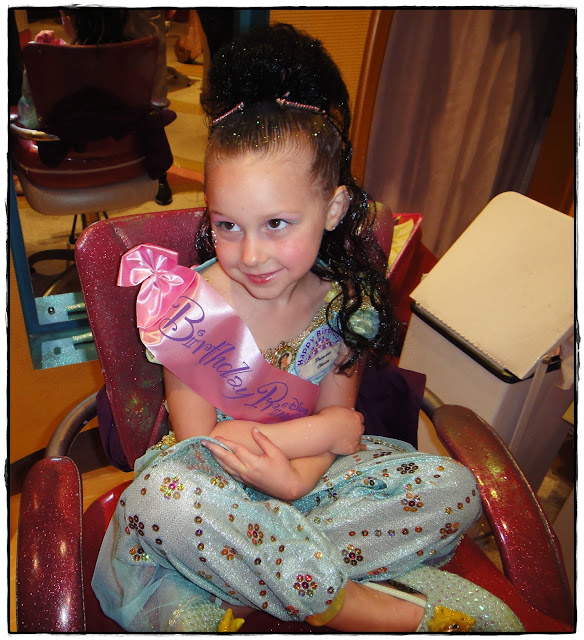 By the time we finished at Bibbidi Bobbidi Boutique, it was nearly 7 p.m. We had not made a plan for dinner so we decided to grab some food from Downtown Disney. We ended up selecting a hamburger place {Cheeseburgers, fries, and milk shakes for four people set us back $70.00! Another reason to do as much of your own food as possible!}.

After dinner we attempted to get back to The Magic Kingdom. The only downside to leaving The Magic Kingdom and going to Downtown Disney was the amount of time it took to return.  It took us over an hour to make the trip. By the time we got back, The Short Chic was cold. The fireworks were over. People were leaving the Magic Kingdom in droves. 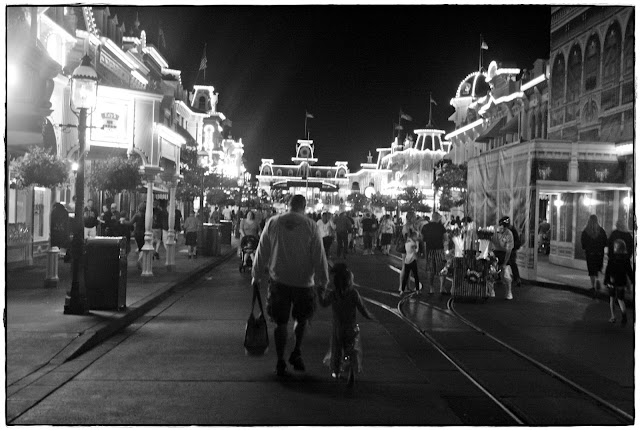 If this had been my only night at The Magic Kingdom, I would have been extremely disappointed. But since this was Day 1 of 4, we made a quick decision to go against the crowd, re-enter the park and try to get a few more rides in. We visited Tomorrowland and got in three more rides before The Short Chic just passed out!  One of the funniest rides we did that night was Buzz Lightyear's Space Ranger Spin. We had a blast competing with each other to defeat the evil Zurg. The Boy came out on top as the best lazer shot of the night. 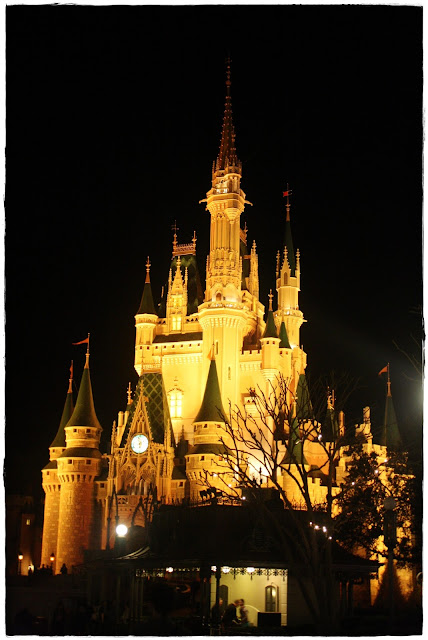 And as all good things do, our first day of Disney came to an end. We bid farewell to Cinderella's Castle in all of it's glory. Shining brightly and promising to make all dreams come true.

We got back to our condo around 1:15 a.m. with two passed out children. One of them...still dressed as Princess Jasmine.