By Pamela February 01, 2016
I am an addict. My addiction is not illegal, which on some level means it is not a big deal. But it is. Or I should say it was. My addiction is to a certain diet soda, Diet Coke. I have been addicted to Diet Coke for the past thirty years. 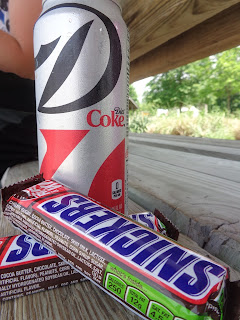 My love affair with Diet Coke, started way back in high school or maybe even late junior high school. My next door neighbor, best friend, running buddy, Page, was diagnosed with juvenile diabetes when she was 12 years old. After she spent what seemed like an eternity in a children's hospital getting stabilized and learning how to manage her new life style, she returned home and introduced me to Diet Coke. Before she went into the hospital, we both drank Pepsi Cola. All we knew of diet soda was Tab and we both agreed it was awful. Just plain awful. What we did not know what that NutraSweet had replaced Saccharine as the artificial sweetener and when Page assured me it tasted really good, I jumped on her band wagon.

Through out the years, I have had at least one Diet Coke every single day. Some days I have had two. Or three. Yes, and maybe even four. It was the first thing I consumed in the morning and maybe even the last thing in the evening. In the past thirty years I have give up Diet Coke on three separate occasions. The first time was for three months in 1996 when I was pregnant with The Boy. The second time was in 2007 when I was pregnant with The Short Chic. Back then I decided that my body was host to aliens and was rejecting everything I liked. The third time was in 2010 when I was diagnosed with Hodgkin's Lymphoma. I stopped drinking Diet Coke for six or more months as everything I consumed tasted metallic and horrible. I should also say, even during these times, I still opened a can on a regular basis and tried to consume it.

Within the past year, I have been listening to the amount of research on how unhealthy diet soda is.  I found myself contemplating giving it up. Let's be honest...I considered it with a Diet Coke in my hand!  Then something happened on a non-important, unidentifiable day in July, 2015. I realized I had been so busy I had not had a Diet Coke in a day.  I started making small goals for myself. "Can you make it to lunch without one?" "How about all through the work day?" Then the goals got bigger. "You went two days, can you go another?" "Can you make it through a weekend?" "How about a whole week?"

It was not easy.  Every minute of the day was a conscious decision to not have a Diet Coke. I was obsessed. I would randomly tell people, "I am not drinking Diet Coke any more." Then I would turn around and order one on auto pilot at a restaurant. Thankfully, I would catch myself and change my order. Slowly, the days turned into weeks and the weeks into months. 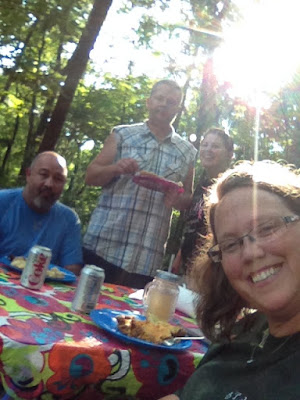 The day after we dropped The Boy off at college was probably the lowest point in my recovery or in my whole entire year!  I had spent the majority of the day and night crying. When I woke the morning after I just felt the need for comfort. As I sat in my chair the morning after, I just wanted something to feel normal. I remember making a decision to have a Diet Coke. I had been on this journey about a month and a half and I honestly thought, I would start again the day after. As I walked to the refrigerator I remember I had made the decision that I wanted three Diet Cokes. THREE, I knew, is what it would take for me to feel okay in that moment. When I got to the refrigerator, I found there was no Diet Coke. The Husband had cleared all the Diet Coke out of the house. I had not even noticed. There was no emergency back up. It was all gone. At the time I was so heartbroken but in the end, not caving that day was monumental.

So many people told me that I would find my taste buds would change and I would no longer like the taste of Diet Coke. When they told me that I scoffed at them. Never ever would I find the taste unappealing. Then about three months into this journey, I had an opportunity to sneak a sip from The Husband's soda. It did taste horrible! It tasted very similar to chemo-Diet Coke; metallic and chemically.

I always felt I understood addictions. The need to escape pain in our lives. I get that. I get how something can start small and roll into something much bigger than you ever imagined. Since giving up Diet Coke, I have developed a new bigger respect for anyone who has ever beaten an addiction. It is seriously the hardest work.

It has been shy of seven months since that unidentifiable day in July 2015. I no longer get all weak in the knee's when I see my husband's glass of fizzing Diet Coke. I will be honest, the Diet Coke commercials still get to me. I stop like a little a conditioned puppy dog and stare at the television every single time they show that lady on the plane drinking a Diet Coke. I even find myself dancing along. Boy, are they good at advertising! 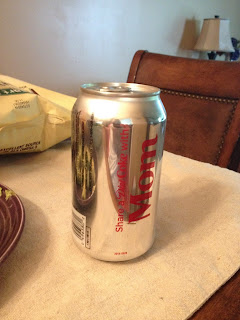 A lot of people ask me if I feel better. Honestly, I don't notice any physical changes. I did not loose weight, there are no calories in Diet Soda. The biggest side effect I have noticed is I find myself repulsed by most artificial sweeteners and other preservatives now. I tried Sparkling ICE flavored water. I even tried bottled tea. I manage well with a cup of coffee in the morning, numerous glasses of water a day, and maybe a cup of fresh brewed tea along the way.

I do feel accomplished. I never view this as a journey that is finished. As most addictions go, I am managing this one. Right now I am winning. Seven months is a long time, but it is also a drop in the bucket. Every time anyone from my family makes a trip to the convenience store they ask if I want anything. I still answer "Yes, a Diet Coke." Thankfully, they think I am joking. Sometimes I am. But only sometimes.