By Pamela February 13, 2015
I am so excited to finally be able to show you a small project I have been working on. My daughter, The Short Chic, is about to have her next birthday and her invitations are ready to be shared.

In the "olden" days I came up with the theme for her parties but those tides have turned. I am not sure how she comes up with her ideas. Sometimes they reflect her current passion and other times it appears as if she just grabbed a random thought. That is what she did this year; grab a random thought.

They say an invitation sets the stage for the party. I truly hope that is the case. The Short Chic is madly in love with the Eiffel Tower and wants an entire party focused on it. Finding the right invitation was difficult. I personally did not want the words "Ooh la la" anywhere on the invitations so that eliminated most of the printables and store purchased invitations.  I made the decision to make my own. 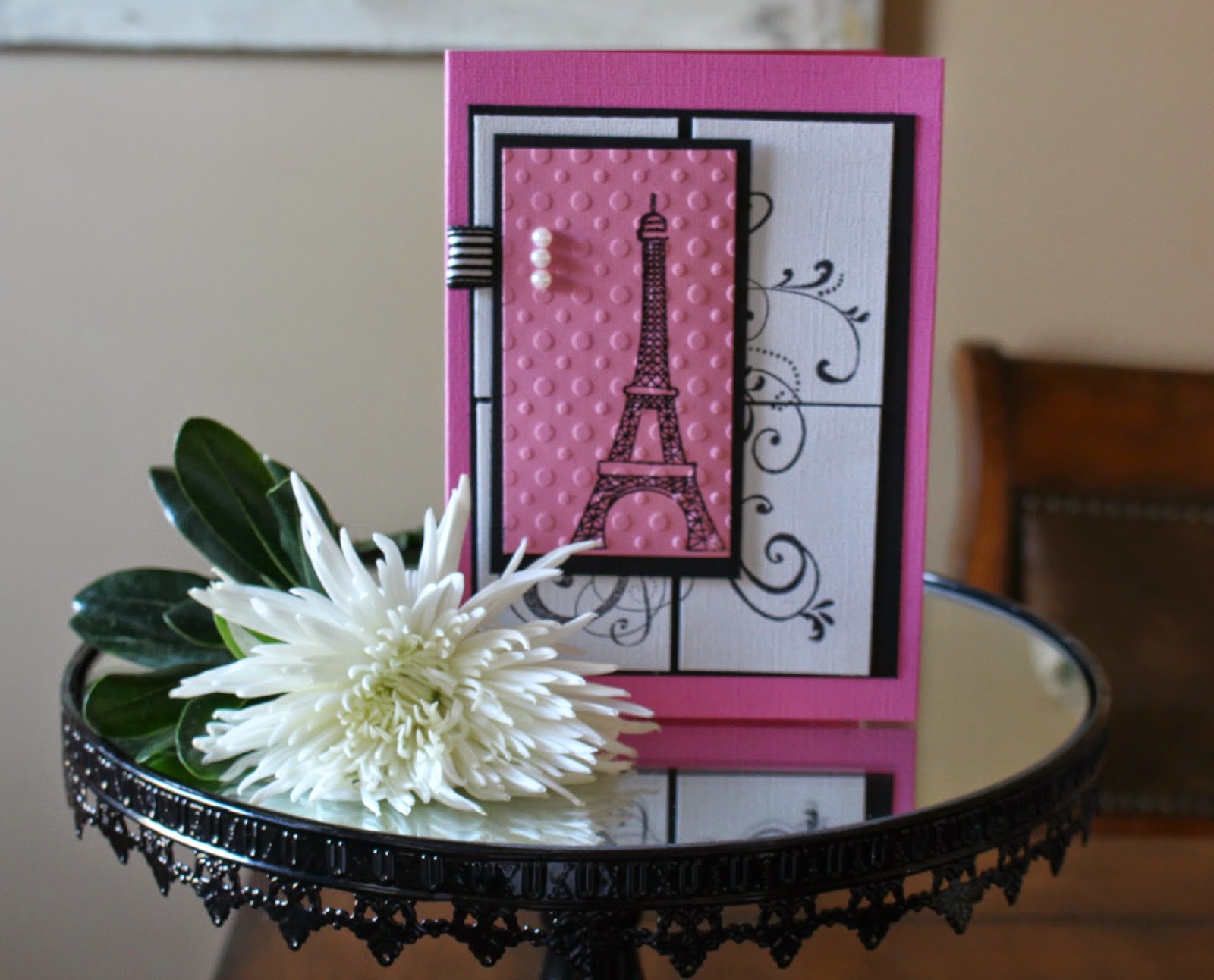 Many of the supplies I used I actually had on hand. I can't even begin to recall when or where I purchased the pearl embellishments but I am happy that I have finally found a home for them. I love the overall look. I think it sets the exact stage I would hope to set for her birthday party. It is all about the Eiffel Tower.

I used a party invitation stamp on the inside and then hand wrote the details of the party.

As I was creating the invitation, I had two different ideas that I just could not pull into one card. Then I realized I did not have to combine all of my ideas. I could make a separate coordinating thank you card. 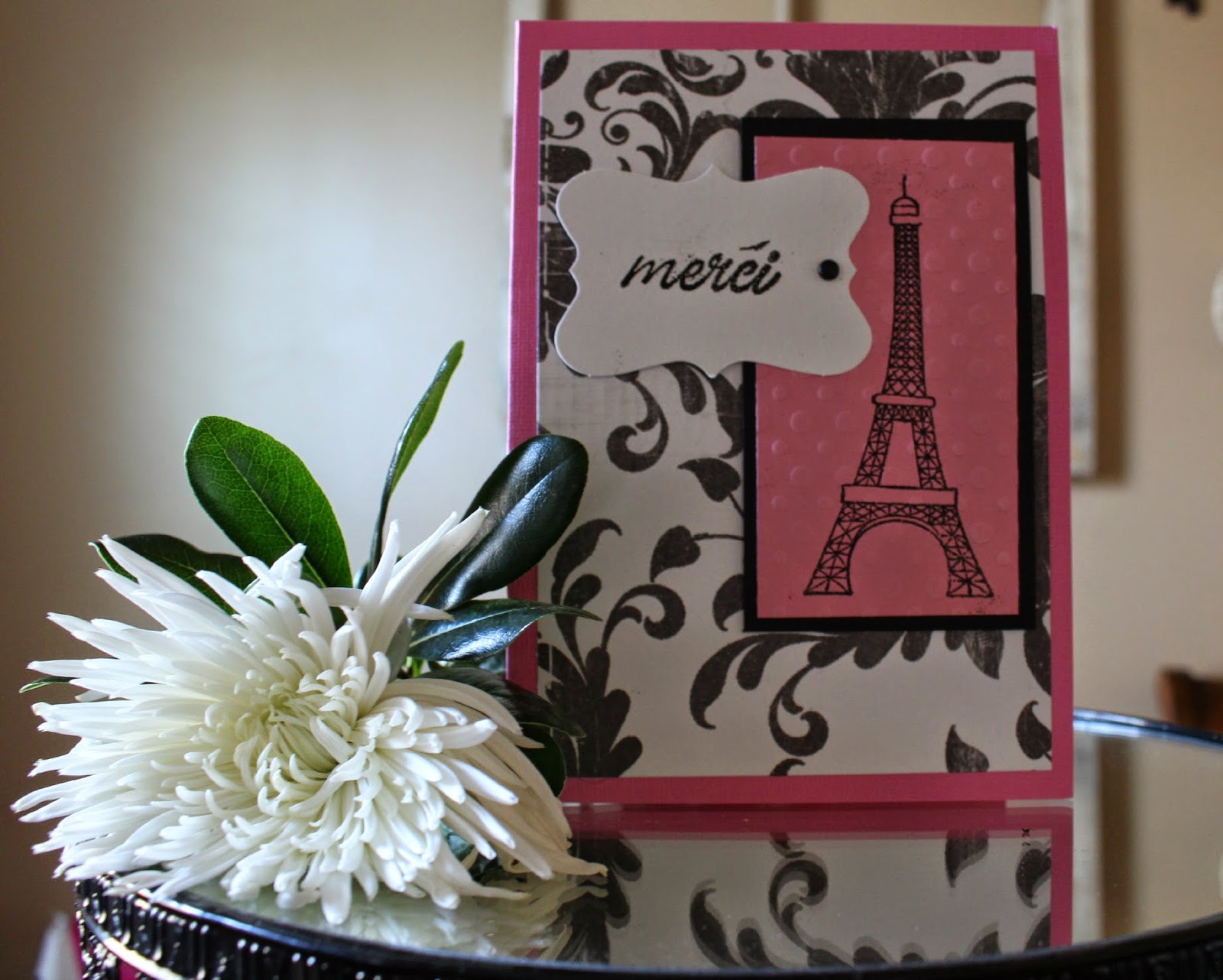 The thank you card had much the same supplies as the invitation. I think the only additions were the  patterned damask paper, the black brads, and the white scalloped edge note. Even after the party, the guest will get a final reminder of the fun they had at the party. 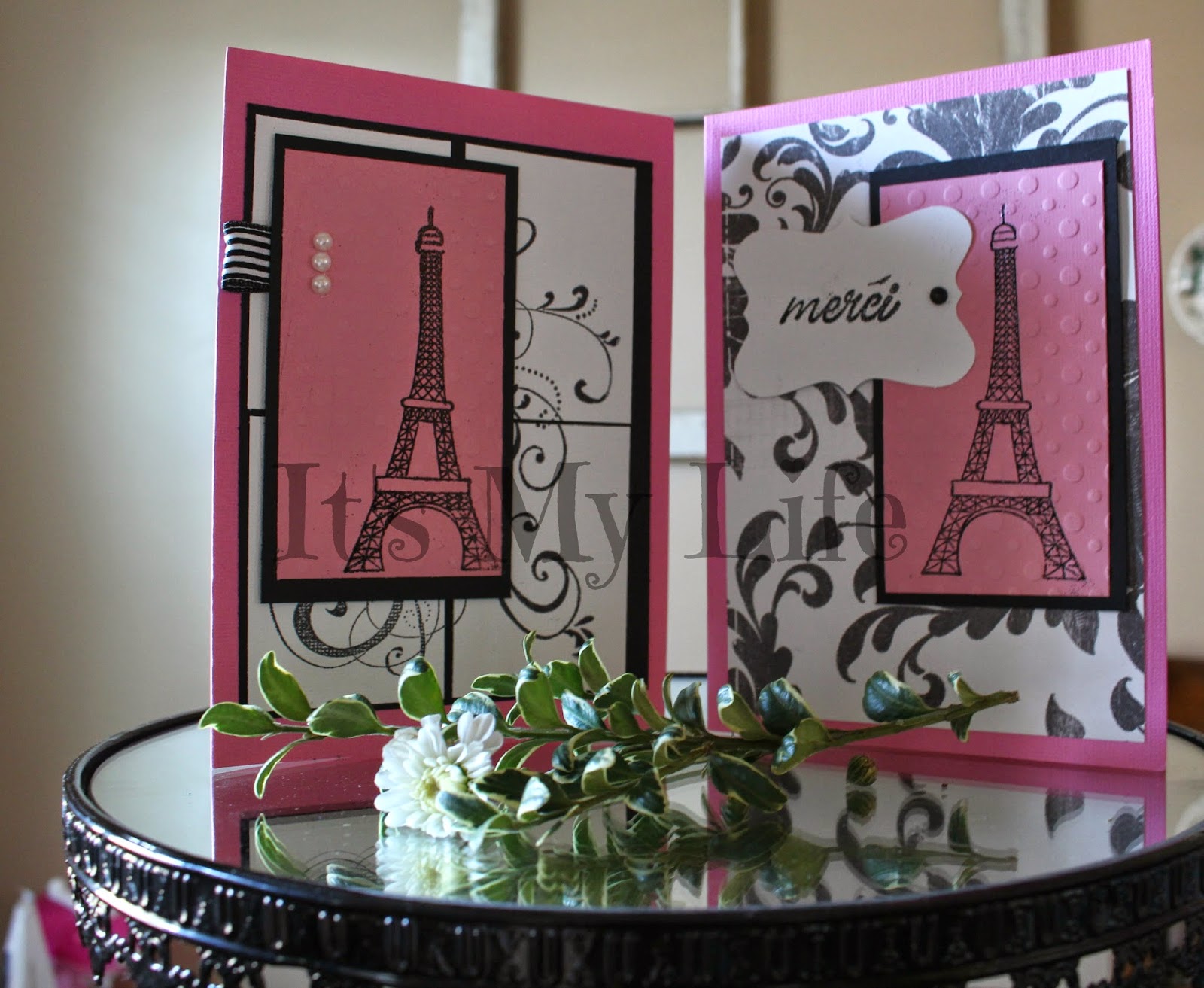 The party is still a few weeks away. I am looking forward to bringing you more details. Now that the invitations are completed, we can move on to other details!