Our Experience with Rabies Therapy

By Pamela July 08, 2014
If you have hung out here for any length of time you might know that we are biking The Katy Trail across the state of Missouri this year. We started over Memorial Day Weekend biking from Sedalia, MO to Clinton, MO. You can read about it here.

On this leg of the trip as we approached our first little town after leaving Sedalia, The Boy was attacked and bitten by a dog. The dogs (there were two) ran up to him on the Katy Trail, chased him, ran him off the trail, and one of the dogs eventually bit him on his right ankle.  The whole exchanged happened in a few moments and as soon as the bit occurred, the dogs ran off out of sight as fast as they approached him. 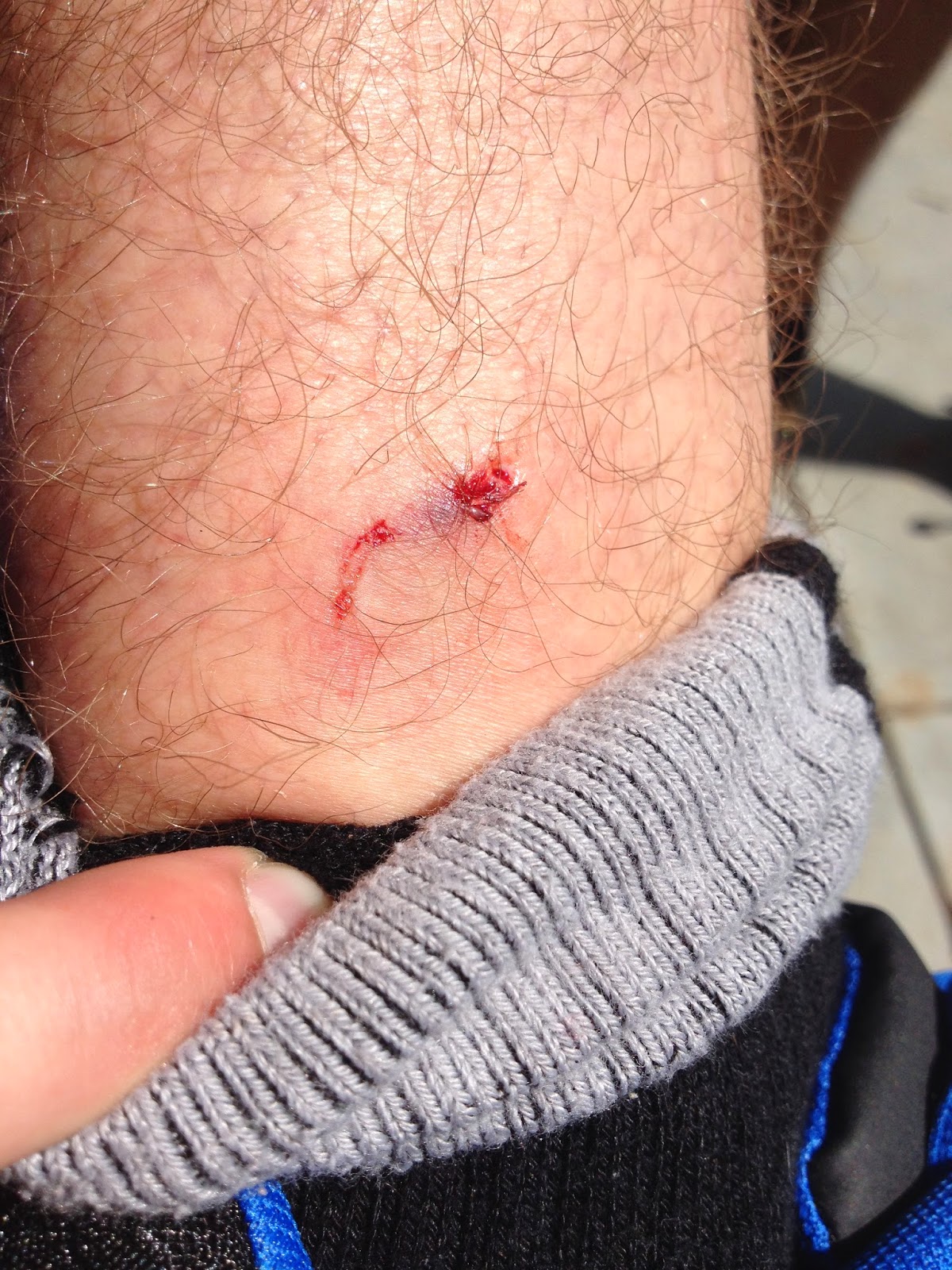 Being on bicycles we opted to not go chasing after dogs that were biting. We went to the local Casey's store and called the local police officer. We got his voice message. We then called the local sheriff's office. Having seen my share of injuries I did not think this bite was bad enough to need emergency medical treatment.  We were advised to walk-in a report at the end of our ride. The staff at the local Casey's store gave us band-aids and triple antibiotic ointment and we continued our ride.

Upon the conclusion of our ride, we re-evaluated and decided The Boy was up to date with his tetanus vaccine and he did not require emergency medical treatment. We decided we would wait until we were home to see him primary care physician. We did however, visited Pettis County Sheriff's Department to file a police report.

The Deputy who came to speak to us never once introduced himself to us. Instead he completely ridiculed us. Why were there? Why did we not chase down the dogs after this occurred? What did we expect him to do? Why did we not seek the services of an emergency room? It did not matter to this Deputy that we were on bicycles and chasing down dogs that were biting was not a great option for us. It was so obvious this Deputy had no intention of helping us that we finally walked out of the Pettis County Sheriff's Office.

After we arrived home, Miss Medical Student advises us to head to an Emergency Room or at least an Urgent Care Center as we should have the Rabies Vaccine administered since we knew nothing about the dogs.

We visited our local Urgent Care Center and found out that the only place to get Rabies Vaccine is  only available through the Emergency Room. So, despite efforts to avoid the ER, we were now stuck going there! 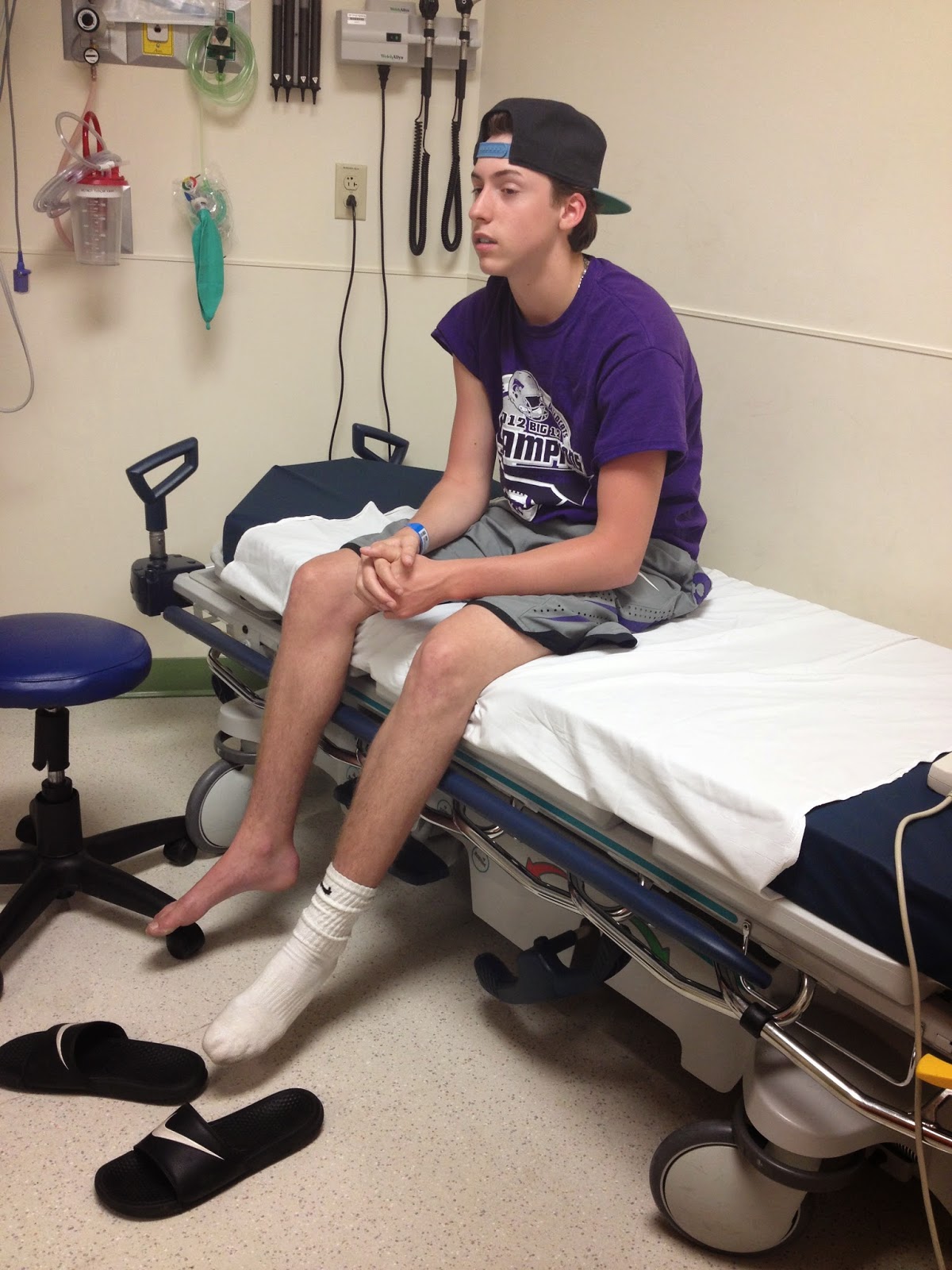 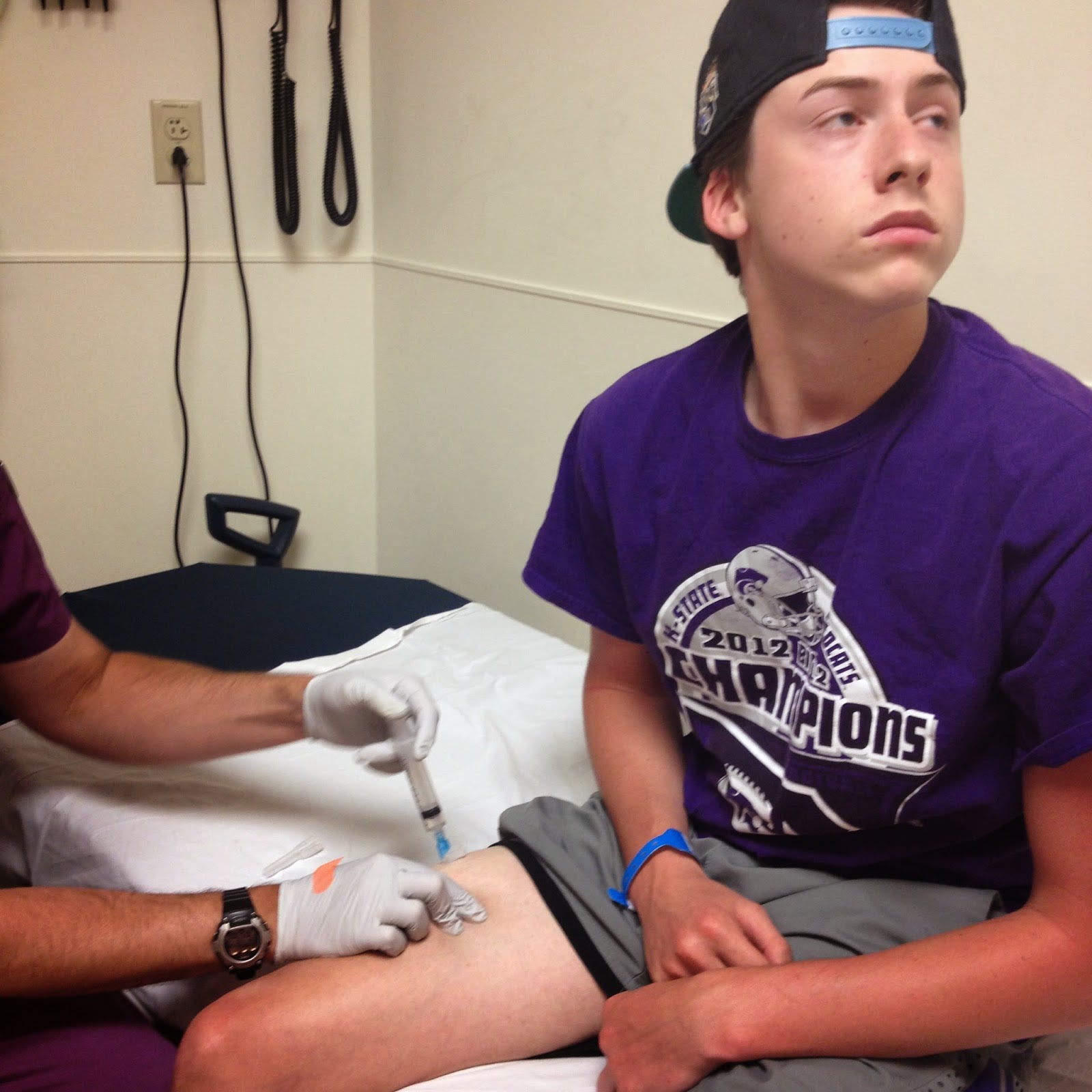 We thought the Immune Globulin was the worst thing about the Rabies Therapy. Until they told us that we had to return to the ER three more times as we had to have more Rabies Vaccine on Day 3, Day 7, and Day 14. There is no quick trip to the ER!!

As we were preparing to return to the ER on Day 3, I got the best phone call. The small town police officer had returned from vacation and returned my phone call. I described the dogs, the direction they came from, the direction they disappeared to, and the location of the trail we were on and he knew immediately (as most small town folks do) whose dogs they belonged to.  Before we arrived at the ER for our Day 3 shot, he had found the dogs, confirmed their identity with photos, confirmed their vaccinations, and placed the dogs in quarantine.  He even secured the home owners insurance for us.

The ER and Infectious Disease released us moments after we arrived from any further treatment. They did warn us that if the dog became sick during the quarantined period, The Boy would once again have to have the rabies vaccine. 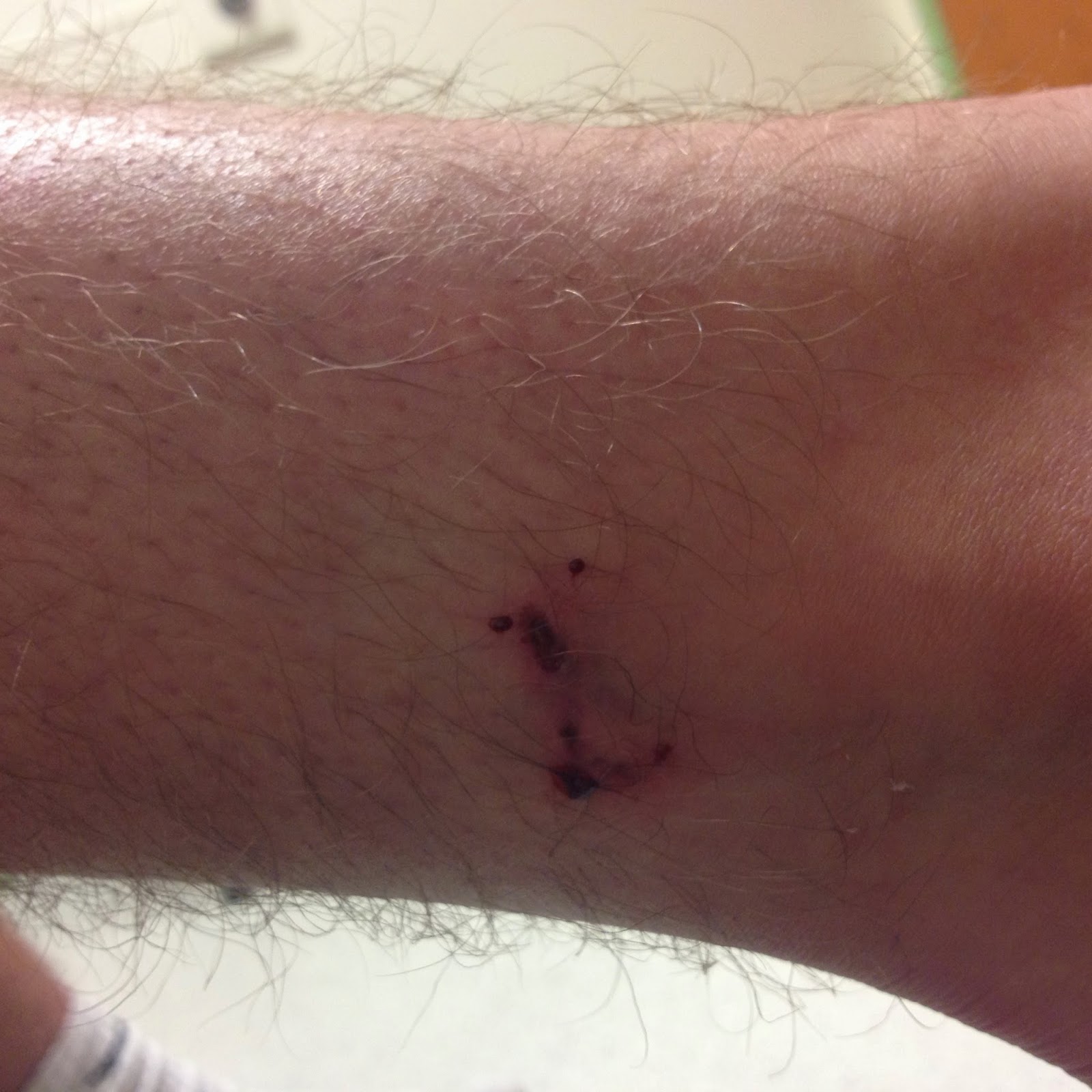 Thankfully, a veterinarian determined the dog to be disease free after it's quarantined amount of time. Sadly, the local police officer found out that The Boy is actually the third person this dog has bitten. He bit another Katy Trail visitor and an elderly woman who lives in the same small town. The dog was determined to be a viscous animal and was put to sleep.

We just got the bill for the Emergency Room Services and Vaccines. I thought I would share it with you. The  one dose of Immune Globulin cost $7,173!!!!  Holy smacks! Really! $7,000 for a vaccine!!

I have so many random thoughts on this situation. I was angry that no one would assist us the day it occurred. I was especially angry that we were made to feel guilty that we did not ride around that small town on our bicycles looking for these two dogs that had already bit my son. I was angry because in all of my preparation for riding The Katy Trail it never occurred to me that pet owners would allow their pets to roam free and potentially attack visitors.

I love that the Katy Trail travels through small towns in Missouri where a railroad use to stop. I love that all these bicyclist visit these small towns and provide some economic growth to their small community. But, I was angry because in order to keep us coming to your small town we have to feel safe! I am thankful for the small town police officer who assisted us.