By Pamela February 12, 2013
This is a post that started back in September.

Back when it was warmer.

Back at a small town's 25th class reunion.

Two classmates, who each have a love of campers, started talking about RV's. They quickly discovered they were owners at the same time share. They quickly hashed a plan to meet at the time share for a winter retreat. They decided to invite a third classmate. 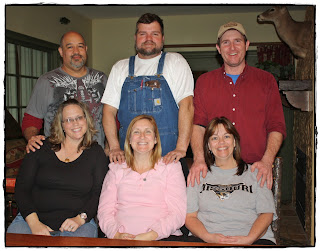 The winter is now here. It is cold. But we are lucky because some days are not as cold as others. But it is still winter. The ground is frozen, the grass is brown, there are no leaves on the trees.

The classmates and their spouses traveled to Branson, Missouri this past weekend. {I can't tell you how much we all needed a winter break!}  Do you see children in our photos? No! That is because despite all of our character, we left them at home. This was an adults only trip.

Besides fishing...and shopping...and eating...and laughing we did a little sightseeing. We visited Smallin Civil War Cave in Ozark, Missouri. Did you know Missouri has over 6,000 caves? When the classmates got together, we learned how much we all love exploring caves. Visiting Smallin seemed like a 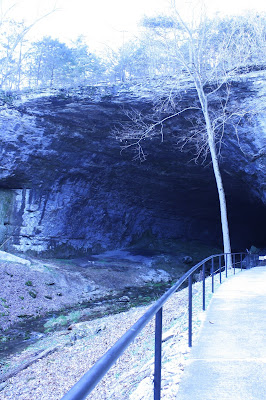 Smallin Cave is not named after it's size. In fact, small it is not. The mouth of the cave is absolutely huge. Smallin is named for one of the former owners of the cave. Our tour guide was Kevin, he and his wife currently own Smallin. He was the kinda guy you could sit around and talk about Missouri history and caves for hours. 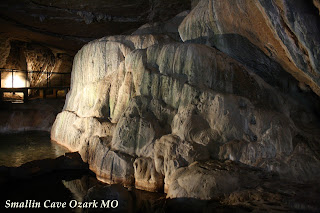 The above photo is a rock that generations of cave visitors have carved on; from early Native American's to Civil War Soldiers, to early Ozark settlers. 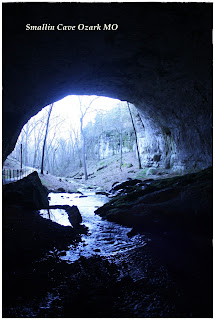 The cave is full of natural light. 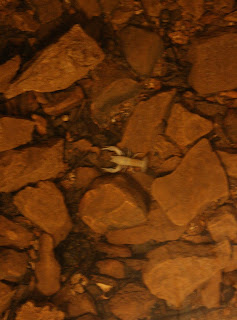 It is also full of cave animals including these eye-less, see through, cave crayfish. They do not like light, so they tend to hide. But we got lucky and caught glimpse of two of them. Some of us actually saw three but I could not find the third one. We also saw bats but no salamanders. 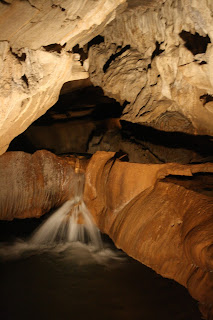 The cave is beautiful  The roof of the cave holds all kinds of perfectly preserved fossils of long ago sea life. We saw snails, worms, even starfish.

We did some exploring at the lodge we stayed in. It is amazing the amount of construction that is going on during the winter. The resort is building a new wedding chapel, a new spa, a new water park, and even a new bowling alley. Everywhere we turned there was evidence of building. 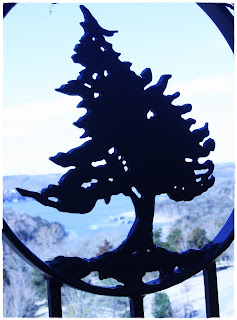 We missed Big Cedar's Welcoming Bon Fire. They cancelled it Saturday night due to rain and apparently they do not welcome guest with a bon fire on Sunday. No S'mores for us this trip! But that is okay, we found a fudge store in Branson and sampled fudge instead. We also enjoyed Krispy Kreme donuts, cheese from the Osceola Cheese Factory, and some local wine. 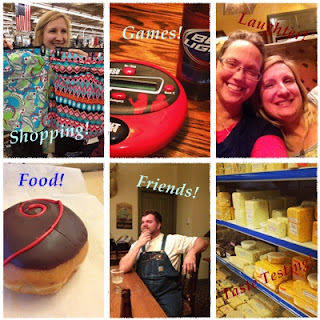 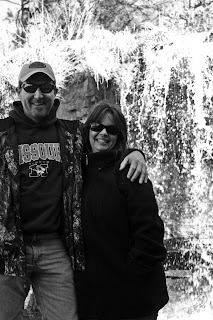 We all had a great time. We made some memories. We certainly shared a few good laughs! We would absolutely do it again. 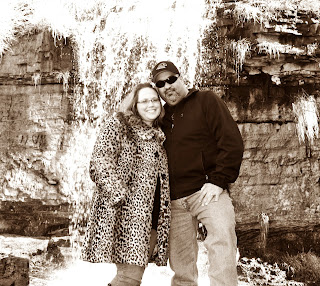 And some couple time is always nice. Even in the middle of the winter.