More Stories of Isabella, The Elf on The Shelf

By Pamela December 16, 2012
Between dance class, gymnastics, basketball, and the winter cold I have not updated you all on Isabella The Elf''s antics in our home over the past two weeks.

Isabella has been busy. The Short Chic has gotten way more excited in her morning hunts for Isabella! 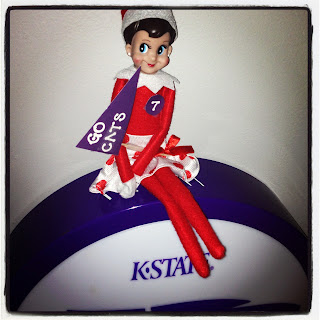 One morning we found Isabella in The Boy's room. She was sitting on top of his K-State Light holding a "Go Cats" banner and wearing a #7 button. We believe she joined in on The Boy's desire for Collin Klein to win the Heisman Trophy. 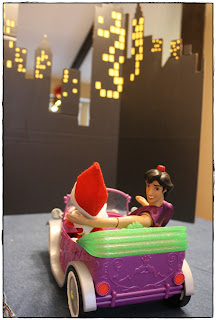 The next morning we found Isabella in a car on a date with Aladdin. It looks like Isabella was trying hard to swoon Aladdin from Princess Jasmine! She borrowed a convertible and took him to the big city to see the pretty lights. Inside the car was a note for The Short Chic and The Boy. The note told them to plant some magic seeds before they went to bed that night. The Short Chic planted them in a "Flour" pot (the pot was full of flour and not dirt!) and left them on the kitchen counter. 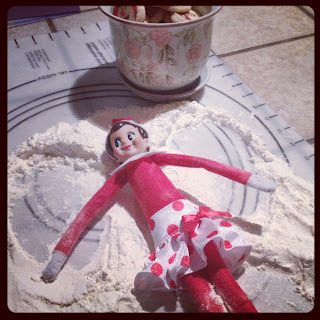 The next morning, we found Isabella on the kitchen counter. Inside the "Flour" pot was sugar cookies with Frosty the Snowman's face on them! And Isabella...well she rolled around in the flour and was making flour-angels. She must have decided to make her own snow since we have not had anything close to snow here! 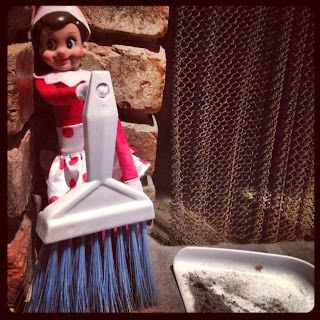 The next morning we found Isabella cleaning out the chimney. She wanted it to be really clean for Santa's arrival. Have you cleaned your chimney? 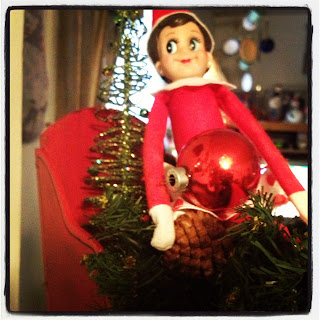 That weekend, we headed to Grandma's house. The Short Chic forgot all about Isabella but when she woke up the next morning, there was Isabella! While giving me a morning hug, The Short Chic looked over my shoulder that morning and said, "Um, Mom, Isabella is here!" Totally priceless!

As for Isabella, she found a Santa Sleigh with a Christmas tree, pine-cones, and ornaments. 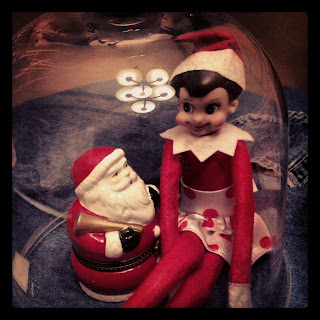 The next morning we found her and Santa chatting under a decorative glass bell on our dining room table. I think Isabella must be getting homesick. 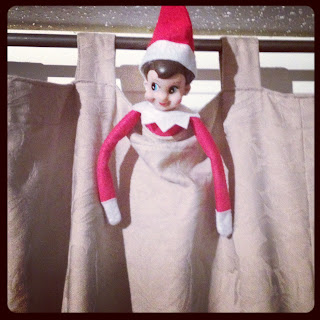 The next day, Isabella decided just to hang out. She picked a good spot in the kitchen hanging from the curtains. The kitchen is where it is at in our home. I am sure she had a lot to report to Santa that night. 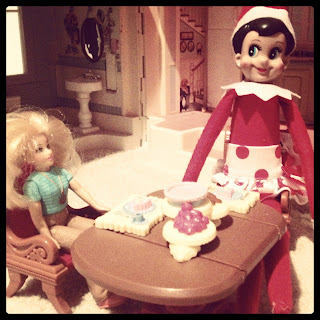 The Short Chic found Isabella in her play room the next day. She was having lunch with her dolls. 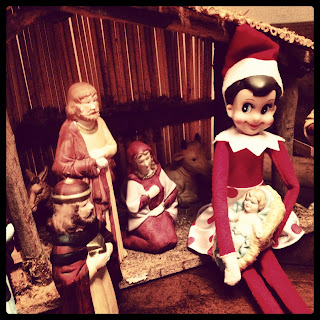 The next day, Isabella showed the kids the real meaning of Christmas. She brought the Nativity Scene up from the basement and set it up. Isabella spent the day holding Baby Jesus. 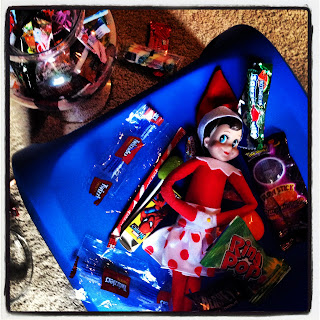 This Saturday we found Isabella in the family room with a tummy ache. She found the leftover Halloween candy and ate a lot of it. There were wrappers EVERYWHERE! I offered her some Pepto Bismol but The Short Chic and Isabella both reminded me that it was against the rules to touch her. 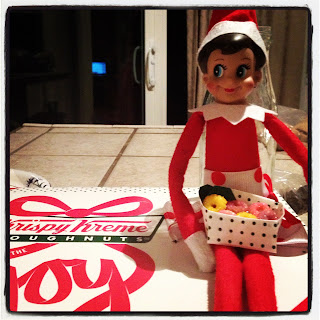 I guess she felt a little silly after her over indulgence because she showed up today with a gift for the family.  A box of Krispy Kreme doughnuts.  Of course she also had a dozen doughnuts for herself. I think this elf has a bit of a sweet tooth!

So, there you have it! Another two weeks have gone by with Isabella. She is only here for one more week and then she will return to The North Pole.