By Pamela January 07, 2016
Christmas has come and gone. It is now one for the memory books. The question remains, was it a good Christmas or something else?  It strikes me as how some Christmases have just the right chemistry and naturally come together and linger in our memories as great Christmases. Other Christmases fall short of that threshold. They were not necessarily bad but they were not great either. This later category is the Christmas we had this year. It is hard to put your finger on exactly why we categorize it in this matter. I can say  this Christmas had two themes: first, the moment your children grow up and lose their innocence can almost be marked on a calendar; and second: no matter how old your children get, sharing custody is one of the hardest things a parent can do. The holidays only intensifies this.

The Boy arrived home from college on a Friday, one week before Christmas. He left five days later to spend Christmas with his dad. Historically, when he has spent Christmas with his dad, we have planned and held a pre-Christmas celebration. This is exactly what we did this year: we had a family celebration the weekend before Christmas so he could celebrate the holiday with us.  The entire family was there along with some very close friends. We had a good time. The Boy requested smoked brisket for our family celebration so we had a good ole southern spread. The Husband smoked brisket, pork ribs, and beef ribs as well. I made baked cheesy grits, jalapeno bacon deviled eggs, collard greens, Texas Sheet cake, and banana pudding. All favorite things of The Boys (well, except the collard greens. I can't get him to touch them with a ten-foot poll!) 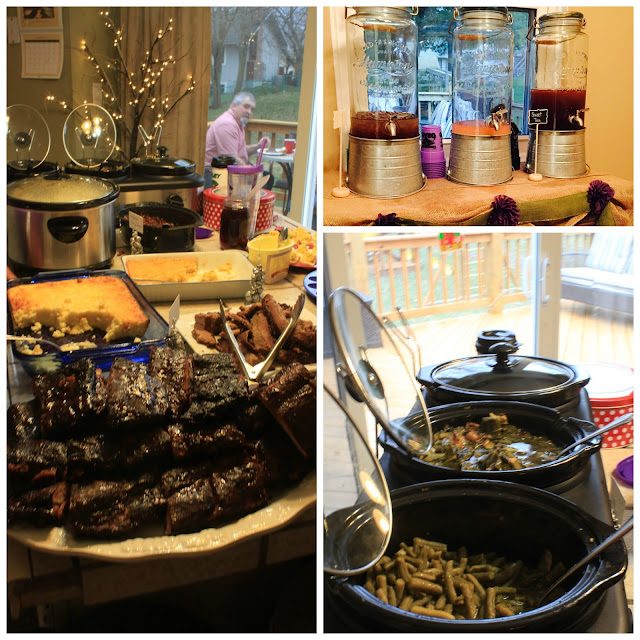 We had a nice early Christmas celebration, complete with my sons most favorite foods, all his favorite people, and family moments. I said good bye to him on the eve of Christmas Eve with plans to see him the Sunday after Christmas. The Husband and I moved forward celebrating Christmas with The Short Chic.

Celebrating Christmas with The Short Chic was different this year.At home, she was excited to count down the days till Christmas. She hunted the house daily looking for her Scout Elf. Outside the house was different.  She refused to go see Santa. After much discussion she let us know the boys at school told her how stupid visiting Santa was. The week of Christmas, she conceded and went to visit Santa.  I think it was based more on the look of pure desperation in her mother's face than anything.  The Husband and I felt the change in the air and really wanted to hold tight to all we have known for at least another year. 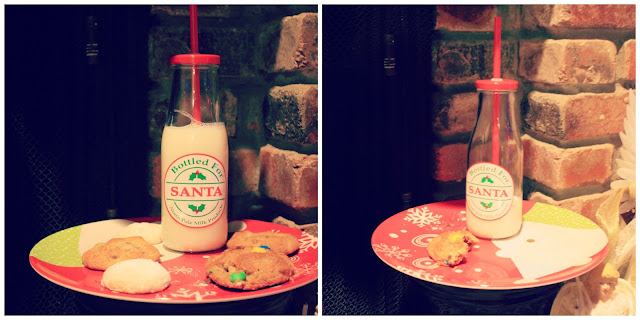 As parents we get a lot of excitement over finding the most perfect gift for our children. As we watch the little ones open their gifts their joy is contagious. It makes us happy. This was the first year The Short Chic desired larger gifts and with larger gifts comes the side effect of less gifts. I think she enjoyed every moment and every gift the reality was there. Her slight disappointment also had center stage because she was the only one home on Christmas morning.

I took a few photos of the before and after of Christmas. Cookies for Santa. Cookies devoured by Santa. Presents under the tree. The carnage a little girl can make opening presents. On the surface all was good. But somehow I found myself on the sofa Christmas night watching Dolly Parton's Coat of Many Colors on network television.  Maybe it was the movie, or maybe the loss of innocence with The Short Chic, or maybe it was because The Boy was not with us on Christmas but I can tell you once the tears started they did not stop. 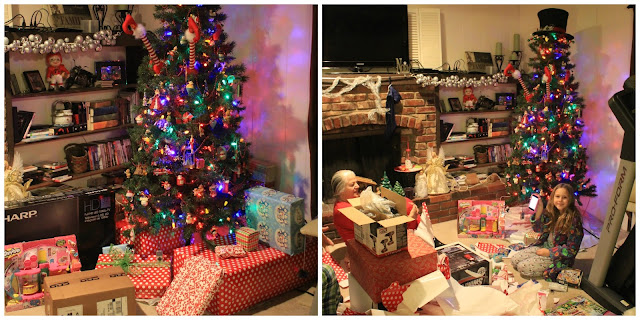 The day after Christmas, The Husband asked me if I had a nice Christmas. I answered him honestly. It was a perfectly nice Christmas, I told him as the tears stung my eyes once again. We both agreed, it just wasn't our year.

Even though we have come to accept sharing our time with The Boy, it is something you honestly never become fully accustom to. He is an adult now and I have been very supportive of him negotiating his own path. Part of that is learning to divide time during the holidays.

As far as The Short Chic, she is growing up faster than her Daddy or I like. Who knows what the next year holds for us. We will keep crossing that path as it presents itself to us.