By Pamela August 01, 2013
Passing gas, my friends, is a fact of life. My dear Uncle Steve always use to say he has more room on the outside than on the inside. Wise wisdom.

If you are the parent of a boy then you know that passing gas is not only biological; it is also comical. I do not know why but all the men in my life will rollover laughing at the mere hint of bathroom humor.  It is a sad but true fact of my life.

I do not think I am alone. I have watched enough Adam Sandler and Jim Carrey movies to know they also think it is funny. Catch an episode of Ridiculousness and I am sure you are gonna see some there. Why? Because men think it is funny.


A few weeks ago, my Johnson family gathered together to celebrate the return home of three of our relatives. My cousin Candace and her two beautiful daughters came to visit us from North Carolina. 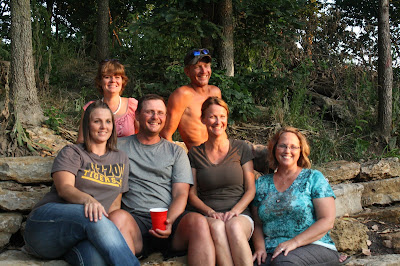 As is typical, when you have a family gathering stories come up. Candace was telling me about the last time she had seen The Boy. He was three years old. I guess during that visit The Boy was quite proud of his God given talent of farting on demand.  He practiced that skill a lot during his entire visit. Her poor daughter has kept this memory of my son with her for the past fourteen years. 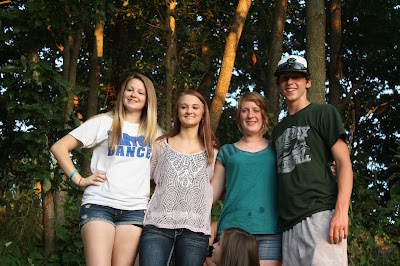 Listening to her, reminded me of a toy that my Uncle Dean actually purchased for The Boy when he was about three years old. My Uncle was an over-the-road truck driver and he took The Boy with him one night to a truck stop. I let him go with my uncle because I thought he would get a kick out riding in a "big truck." I had no idea what was about to happen!

Uncle Dean tells the story that he lost track of The Boy in the truck stop. {NOT what a social worker wants to hear from her uncle} and found him in an aisle of toys doubled over laughing. The Boy had found a "Farting Fred" toy : a shirtless man sitting in a recliner with a very large "pull me" finger.

I will only give you one guess as to what happens when you pull his finger.

Uncle Dean bought that toy for my son. They brought it home like it was the best thing since sliced bread. Laughing and giggling. In my mind, that toy was about as undesirable as you could get. I even tried to show my disapproval. But after sitting at the table for an hour listening to Farting Fred repeat his lines, listening to The Boy and Uncle Dean repeat the lines, and hearing them giggle nonstop, I can tell you it all became contagious. We all laughed so hard. Not just that night but for many nights after that. The Boy even memorized the lines. He used them any time he needed to or just wanted to get a laugh.

For years, The Boy played with Farting Fred. His long finger gradually turned black from handling. His seams eventually burst. But he will still fart on demand if his finger is pulled. And he is still in my son's possessions!  He was such a part of my sons childhood that I have advocated keeping him on the few occasions The Boy thought he no longer needed him.

So, for the cousins, I post this video of Farting Fred. If you can't beat them you might as well join them. As a side note, The Short Chic had never seen Farting Fred before tonight. She now "loves that guy!" The Husband also loves Farting Fred. They sat in my son's room tonight giggling like school kids. I tell ya, bathroom humor never gets old.