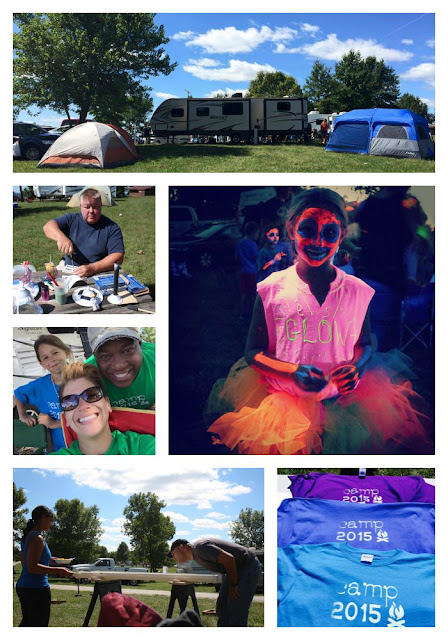 Four years ago we started a tradition. It started off as a small idea. I wanted to go camping. Then I thought it would be funner with other people. So I whipped out an invitation and invited several families that had young children. To my amazement; several of them said yes. Without much effort; our annual family camp-out began.

This year, our fourth year, we had 54 people say yes and joined us at Smithville Lake. Every year the Family Camp-out has landed on a different weekend in September. Amazingly, the weather pattern has followed us despite the weekend. It is usually windy and cold on Friday night followed by a sunny and warm Saturday.  This year was no exception.  The highlight of my Friday night was having my son home from college; even if he came home with two fractures in his right foot. 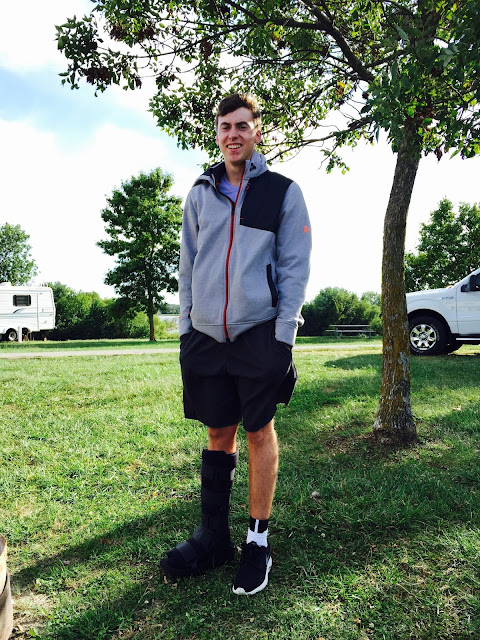 This year we had plenty of activities planned. We tried our hand at screen printing. We held a raingutter regatta. There was even an impromptu bags tournament. We ended the night with one perfect glow party!

Camp T-Shirts have been a big hit each year. Thanks to a few tutorial found on Pinterest (as well as a private lesson or two from my cousin Wendy) we felt like we could screen print the t-shirts. On a Saturday, a few weeks before the camp-out,  Angie and I taught ourselves how to make a screen for screen printing. Thankfully, Deanna became an easy study and quickly coached everyone into creating the most awesome camp t-shirt to-date. 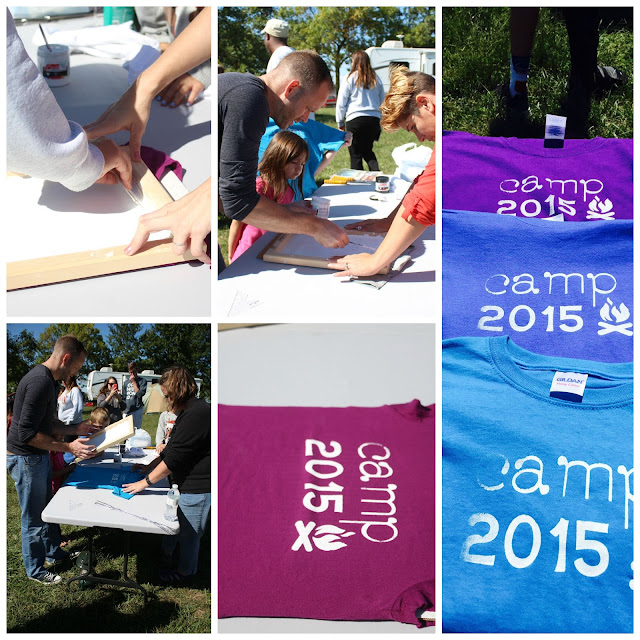 We borrowed a page from the Cub Scouts playbook and decided to hold a Raingutter Regatta. Very few brought completed boats to the camp-out so we spent the morning building and decorating our boats.  One of the participants spent the morning whittling his entire catamaran out of sticks found around the campsite.

We purchased an inexpensive section of guttering with end caps and made our race tracks. From the young to the older, we had a great time building, decorating, making, testing and racing our boats. 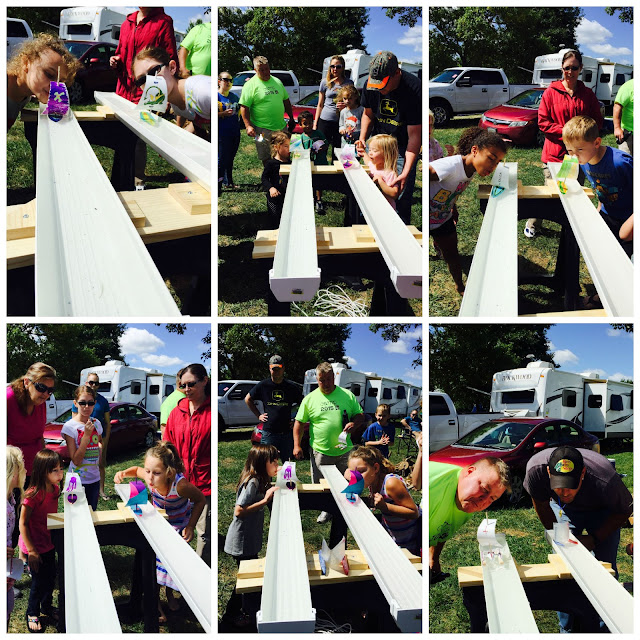 The camping menu has stayed pretty consistent since the very first annual family camp-out. We love Walking Taco's and look forward to having them for lunch.  Saturday night we have a large bon fire and had a hot dog buffet. How do you like your hot dog? Slightly warmed, browned to a crisp, wrapped in bacon, melted cheese down the center,  wrapped in bread dough, or a fun new combination? 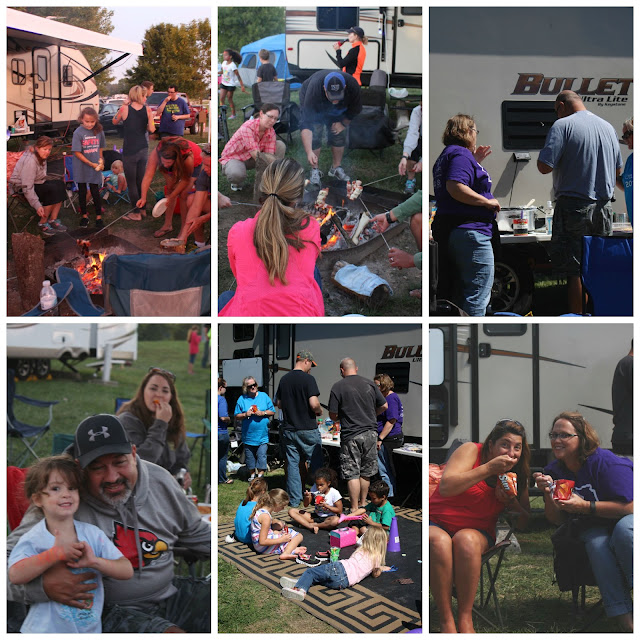 As the day became night, we prepared for a Glow Party that The Short Chic wanted to turn into a dance party. The Glow Party was pretty much the highlight of the entire camping trip. We had a few old florescent light fixtures hanging around at our rental house. The Husband had the idea of buying black lights for them; which we found at Home Depot.  He figured out how to attach them to the awning of our camper and instantly turned the patio area of our camper into a black light heaven. 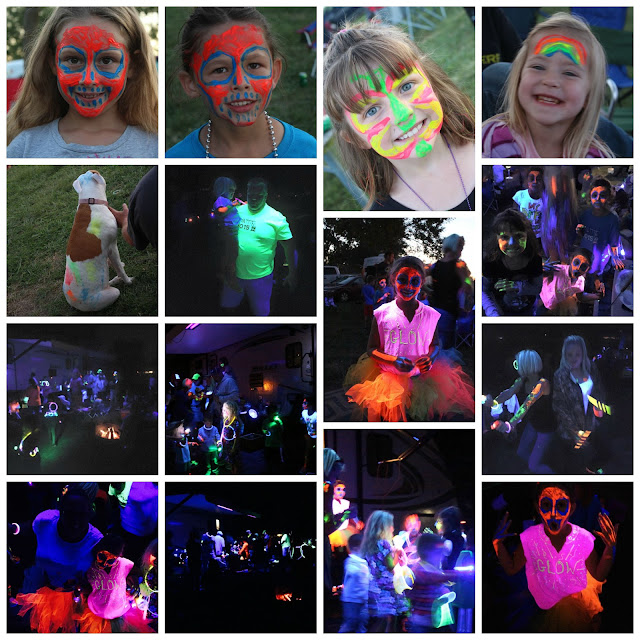 Stefanie found glow body paint online. She spent the afternoon painting every face, arm and dog she could find. Everyone brought a huge stash of glowing accessories:  glow in the dark lipstick, nail polish, crayons, glow bracelets, necklaces, rings, and even bouncy balls. At the very last minute I decided to make The Short Chic a neon tutu. JoAnn Fabric had a large selection of neon tulle. I also made her a t-shirt to wear with her skirt. There was more than enough tulle left over, so I decided to make myself a tutu also. 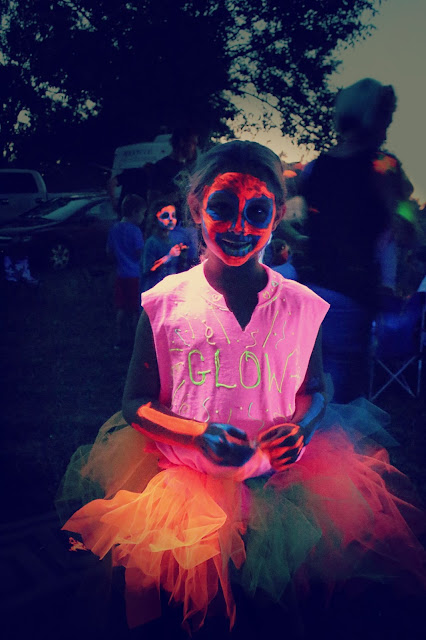 Amanda brought a super large speaker. Stefanie brought a play list. We had ourselves an official 1980's rave in the woods! We spent the entire night dancing and laughing, and having a blast.
Campers from other camp sites stopped by to say hi and join the party. Long after the play list ended and quiet hours began we were still glowing under the black lights.

Sunday came before any of us were ready.   We enjoyed eggs in a bag and people started packing up to go home.  We all had a great weekend and really enjoyed each others company. This was one of my very favorite camping trips. Like in all of my camping trips. I so enjoyed meeting the new folks that came. I enjoyed the activities. It was honestly a great time. 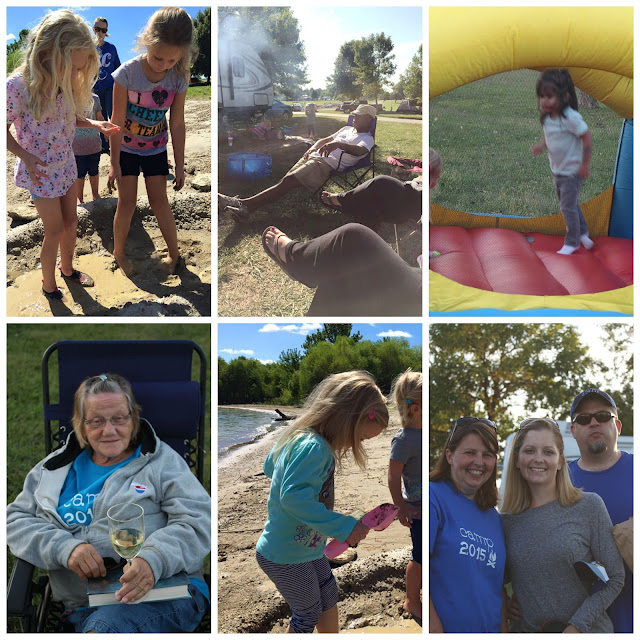 As we were all packing up to head home one of the campers asked me why we only did this once a year.  A week after the camp-out, I got a message from one of the campers. She said her daughter asked her why we could not have a glow party every Saturday night. Such a simple and honest question. It made my heart melt. I am so glad that others had a great time and I look forward to the next camp-out!